Most travelers head to Hokkaido for the world’s best powder skiing, but Japan’s northernmost and volatile volcanic island beguiles in the tranquil summer ‘green season’ too. Home of the indigenous Ainu, Hokkaido boasts the longest prefectural coastline in Japan, a remarkable 4460 kilometers of cliffs, bays, curvaceous peninsulas, remote fishing villages and evocative waves and waterfalls that resonate pure Hokusai.

Hokkaido is Japan’s wilderness, an island that constitutes 20% of the country’s landmass but just 5% of its population, where solitary walks through dense often semi-tropical primeval forest conjure calm, and occasionally the bemusing company of a lone, relatively tame red fox. The Japanese call it shinrin-yoku or forest bathing, deemed immensely beneficial for your health, probably for the fox too. But that’s just the first of many Hokkaido surprises…

Thunder threatening
Nonchalant fox saunters by
This is my kingdom 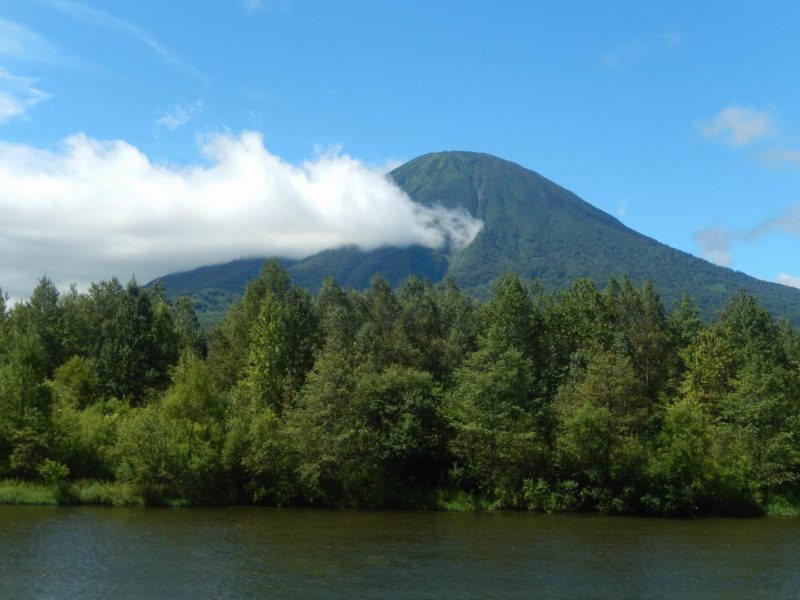 Another comes after bathing in the ladies’ onsen at Kyogoku, the hot healing sulphurous waters swirling about your nakedness, your modesty cloth neatly folded on your head as you soak up views of the reach-out-and-touch perfectly formed Mt Yotei (1898m), Hokkaido’s volcanic cone often described as Mt Fuji’s twin. Flushed, warm and relaxed you are invited to the onsen’s tatami-matted dining hall for the ‘lunch set’ of steaming, restorative buckwheat soba noodles, pickles, and locally grown green tea. On the way out of the community hot spa we check out the foyer local produce display and collect just-picked eggplant, daikon radish, mizuna leaves, marinated octopus, summer corn and apricots wrapped in shiso leaves. Takeaway spa health.

In fact, virtually wherever you go in Central Hokkaido there is locally grown produce for sale, and colorful roadside farm stalls michi no-eki abound. The rich volcanic soils seem to compensate for the short growing season, which conjures a bountiful and varied harvest. 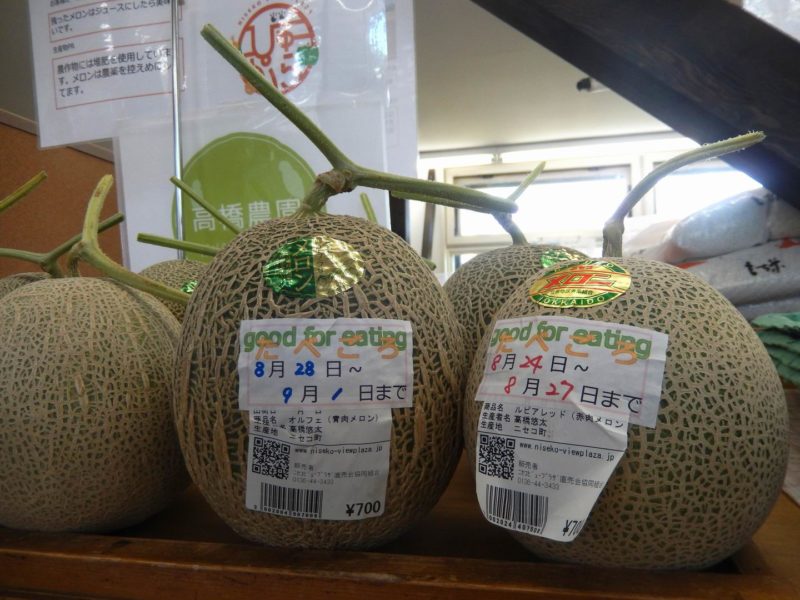 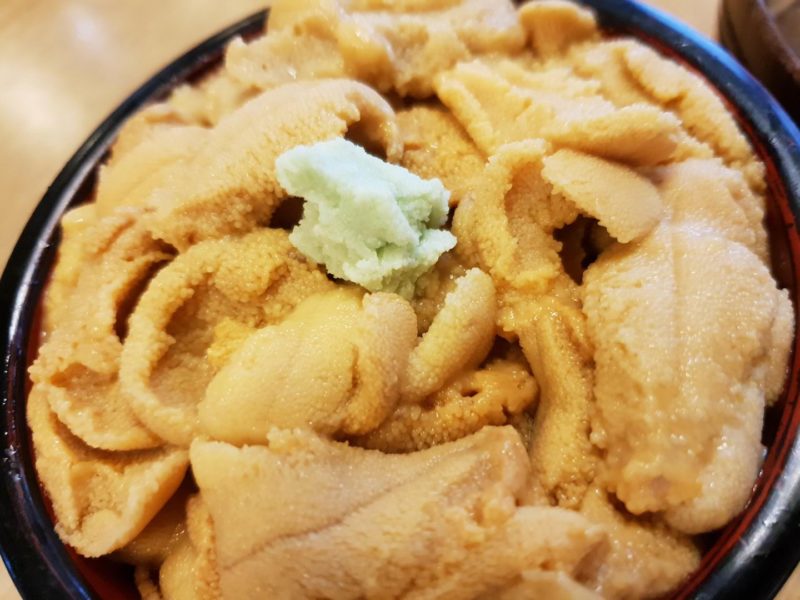 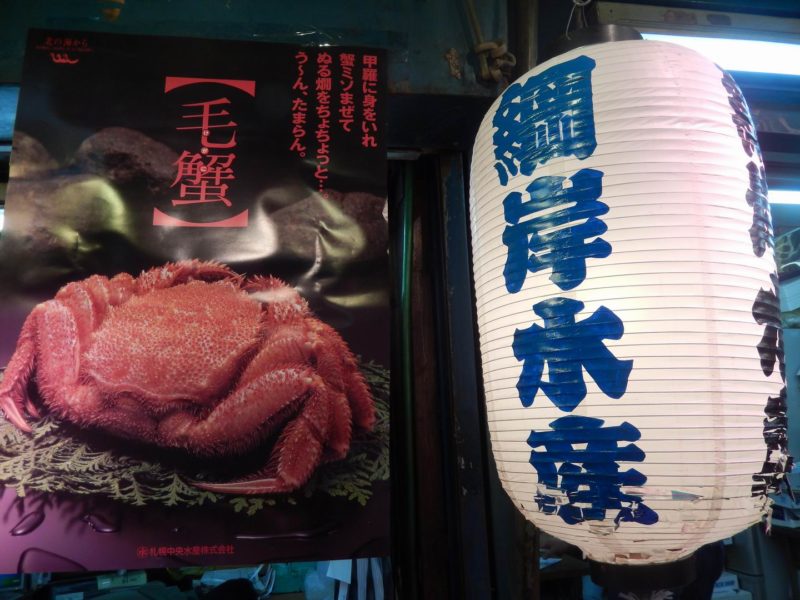 To explore all things piscatorial head to any fish market, or Otaru the fascinating port city west of Sapporo, founded on a one-time thriving herring industry. In the Meiji Period (1868 – 1912) the fishing magnates built a series of canals fronted by massive basalt warehouses and processing factories, big banks and grand mansions. All still stand testimony to the humble herring.

Share their seafood passion at the morning Sankaku Central Market near the main Otaru Station where recommended breakfast is kaisendon, a bowl of rice topped with myriad raw marine morsels. Or opt for the grilled mackerel and side of wasabi mayo squid tentacles. Who needs toast? 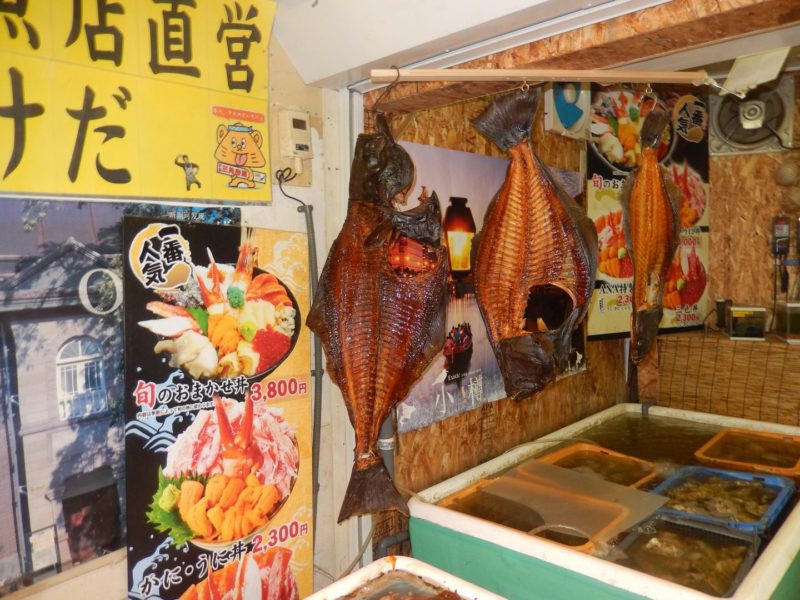 Travel west along the coast from Otaru and you come to the famous Yoichi Nikka whisky distillery that runs regular tours. Perhaps a pre-prandial before continuing to lunch at the fishing village of Furubira, on the Shakotan Peninsula. Seek out the humble Michelin-rated low-frills Minatozushi near the port. Ask a local and they will guide you there – for seafood that has seemingly traveled but a few hundred meters from the Sea of Japan. Fat scallops, live sweet shrimp, plump rich creamy tongues of sea urchin roe on rice, and sashimi that literally gleams with briny purity. Before we leave the elderly matriarch of the family appears and bows deeply, extending ingrained gracious Japanese hospitality, as she has for over 50 years.

Hokkaido has a knack of delivering the unexpected, every day. Near Niseko Town and ski fields is the Niseko Winery, the passionate project of Yasunori Homma a retired banker. He grows a variety of cool climate grapes, blended to make his sole natural sparkling wine. Every vintage his Pet Nat sells out, much to thirsty skiers. Not far from his vineyard is Cave de Bambou overseen by Chicosan who has a passion for obscure natural and biodynamic wines. His tiny shop harbors globally lauded labels.

The lure of powder snow has created other surprising attractions because many locals have necessarily developed supplementary summer businesses. A ski instructor started Sokeshu bakery and café that’s worth a detour just for the rye loaf. The lift operator has a herd of happy Holsteins and studied artisanal cheese in Switzerland before opening Takara (just down the road), the cheesery marked tellingly by a large black and white painted rock. The white mould Saint-Marcellin would make a Parisian weep. 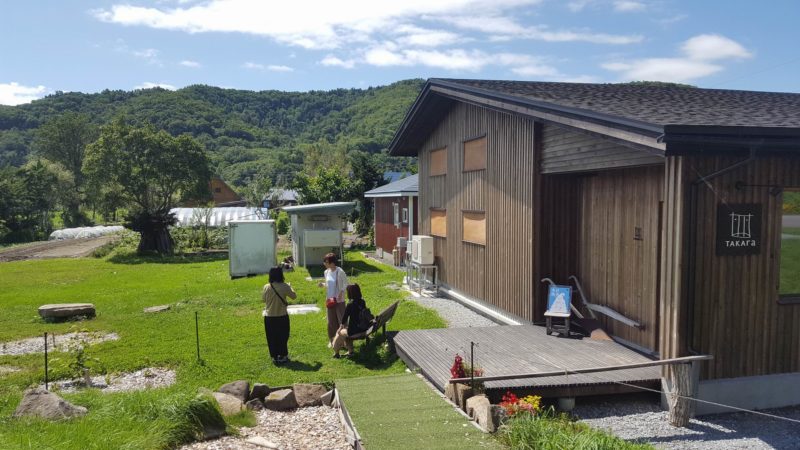 Rich summer pasture milk is integral too to the famous baked Hokkaido Cheese Tart, now replica’d internationally. Another surprise, you can even by them from vending machines.

If it wasn’t for the roadside ‘famous noodle house’ sign pointing to Meisui Udon Nonosan in Kyogoku, you probably wouldn’t stop at this rustic canteen surrounded by a patchwork of farmland, where farmers flock for house-made slippery fat udon noodles in an intense broth. Vigorous slurping is said to intensify both flavor and enjoyment. And when you are done turn around and admire the symmetry of Mt Yotei standing guardian over this fertile evocative landscape.

The simplicity of a bowl of noodles slurped at the foot of a still active volcano against an azure blue sky amid fields of summer corn, sunflowers and rice is an abiding Hokkaido image to draw you back, again and again.

It’s pleasant.
I’m cooled in the green paddy field.
And the sound of the water 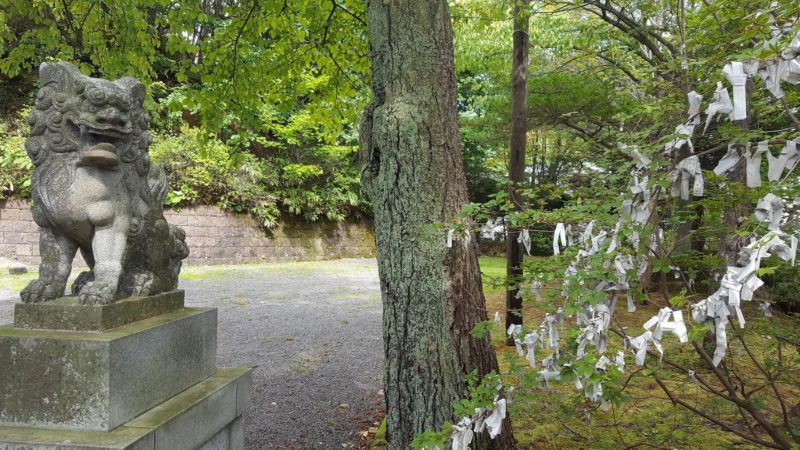 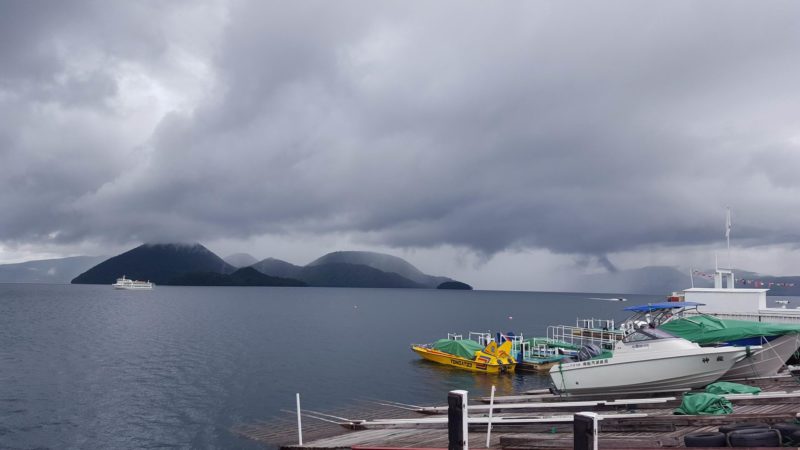 • SUMMER FLOWERS
Rolling fields of kaleidoscopic colorful flowers is a major summer lure. The Furano area is most famous but Makkari near Niseko also puts on an amazing floral show in early summer. Nearby is the stunning contemporary Michelin-rated auberge Maccarina.

GETTING AROUND
Car rental from New Chitose Airport is recommended. Good English road signage, and slow driving speeds (50mph) make for a relaxing ride with plenty of time to relish the dramatic unspoiled scenery.

Big and Little in JAPAN: Why Tokyo is Good for Kids