Who would imagine that the highlight of a long weekend in the world’s largest city was a bath – a deep curvaceous contemporary white porcelain tub on the 16th floor of the Hotel Indigo affording panoramic world-beater views of the famous bend in Shanghai’s mighty Huangpu River – the renowned Bund precinct. 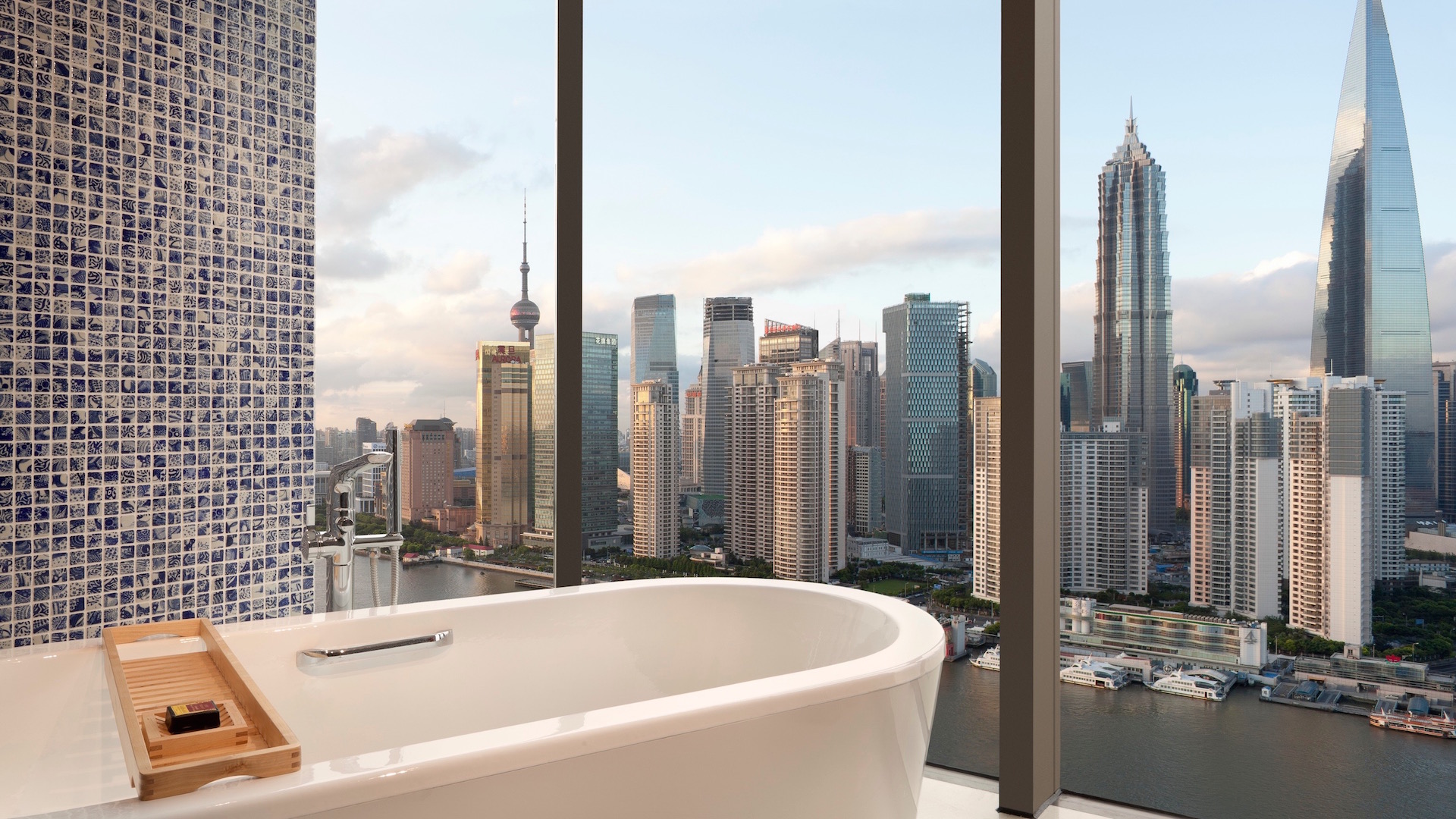 Meaning ‘muddy waterfront’ in Urdu, The Bund has been the hub of Shanghai life since the mid-1800s when the city prospered from fishing and weaving. Its sweep of solemn neo-classical and Beaux Arts edifices erected by colonising bankers and traders anchor the reality that this busy riverfront is still the major artery of China’s most populous sprawling city of 23-million striving citizens.

Shanghai’s scale and concentration is daunting, but stroll The Bund boardwalk at 6am for a taste of morning calm. Clusters of elderly Chinese, some in pristine cream silk pyjamas, greet sun-up with tai chi routines, others workout, dance, jog or fly kites. Then they pause for a gossip before another day begins…

BREAKFAST
Whether your mood is congee or croissants opt for the gilded chinoiserie of the Dragon Phoenix restaurant in the artfully restored Fairmont Peace Hotel offering Deco-era nostalgia in spades and sweeping river views. For fair-weather weekend brunch, choose the terrace at the contemporary New Heights brasserie atop the erstwhile Union Building, Shanghai’s first steel-framed structure erected in 1916, now housing numerous restaurants and known as Three on the Bund.

BRUNCH
Just a few blocks from the river is the bustling Old Town zone and the YuYuan Gardens created by the affluent Ming dynasty Pan family in the mid-1500s. The walled complex’s sweeping black-tiled rooflines provide the backdrop for one Shanghai must – xiao long bao – glorious glutinous steamed dumplings at Nanxiang Steamed Bun Restaurant. Sit upstairs to suck intense crab broth through straws inserted in king-size steamed wantons, or queue for take-aways. Then stroll the garden and the adjacent streets for a taste of rapidly disappearing Old Shanghai. 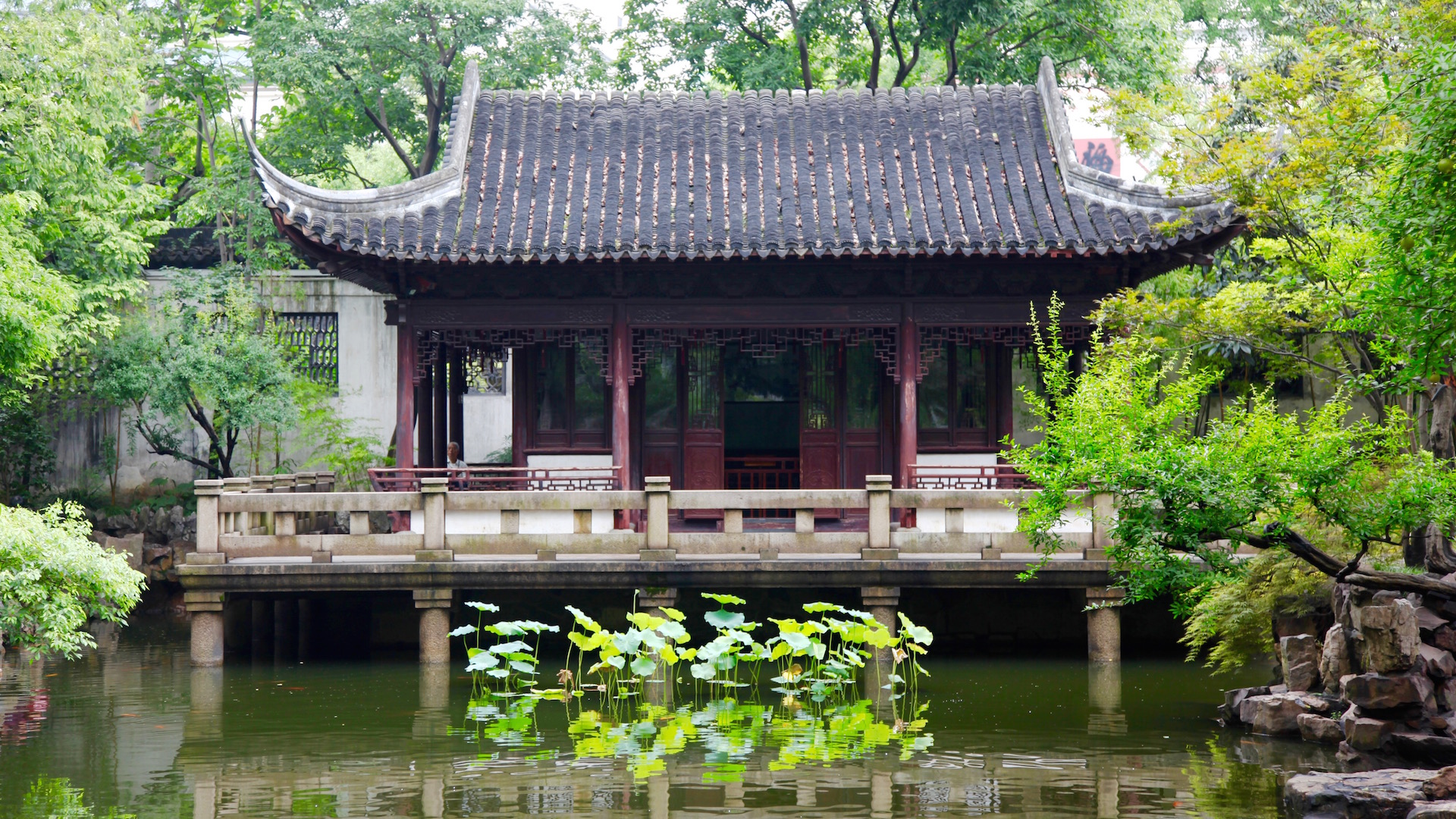 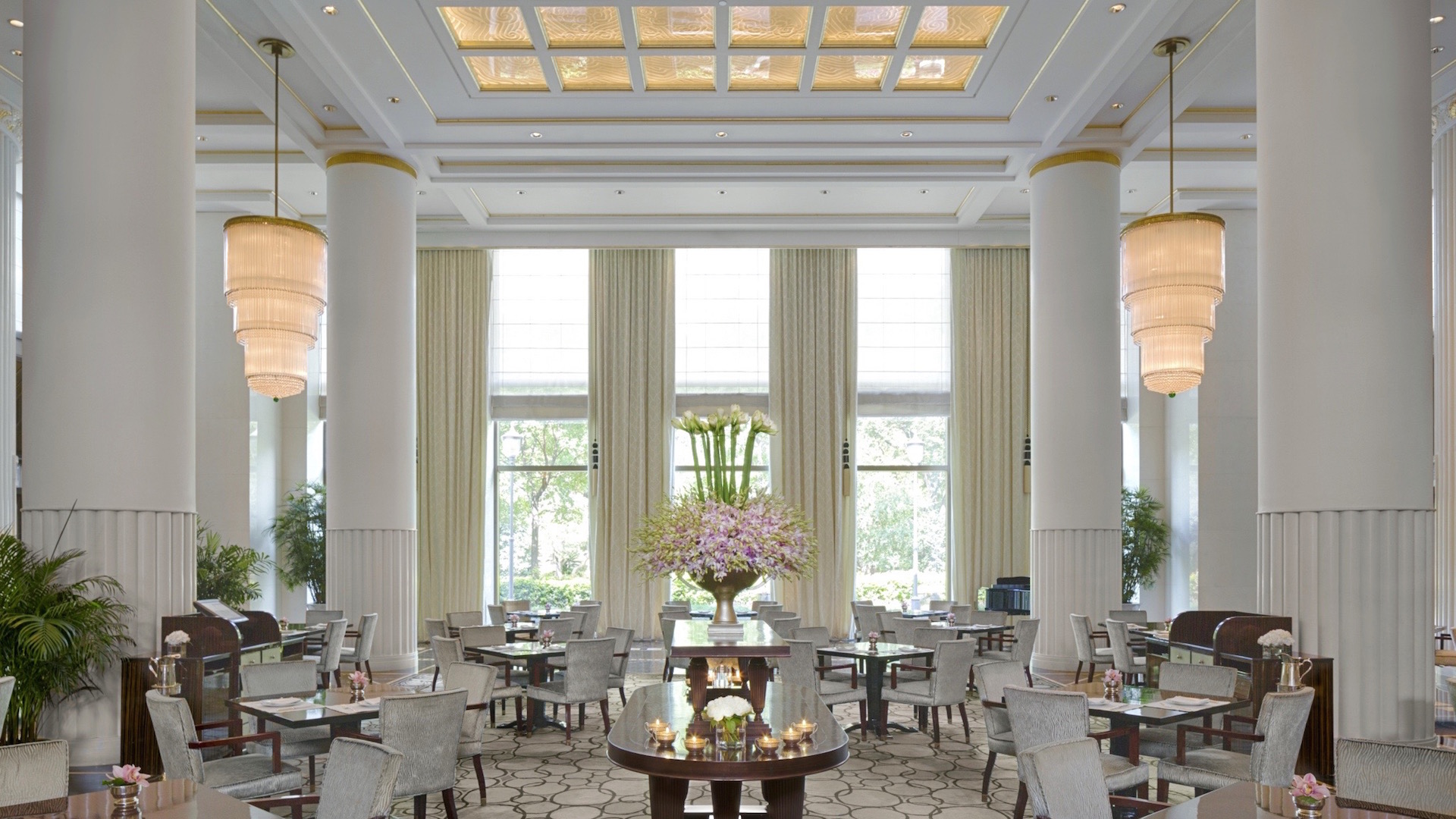 AFTERNOON TEA
Walk off these delicate dim sum delights along the riverfront, then pop in to the Rockbund Art Museum (RAM) in the restored 1930s Royal Asiatic Society building, boasting changing contemporary exhibitions. It’s the hub of the vibrant Rockbund district where the Suzhou Creek and Huangpu River converge. Chill at the rooftop café or seek the legendary High Tea, complete with string quartet, in the celadon-hued 1920s lobby round the corner at the Peninsula Hotel.

DINNER
Shanghai is without doubt a late night city, but you don’t have to wear a slinky cheong-san to delve into its dining diversions. And The Bund precinct offers many temptations. 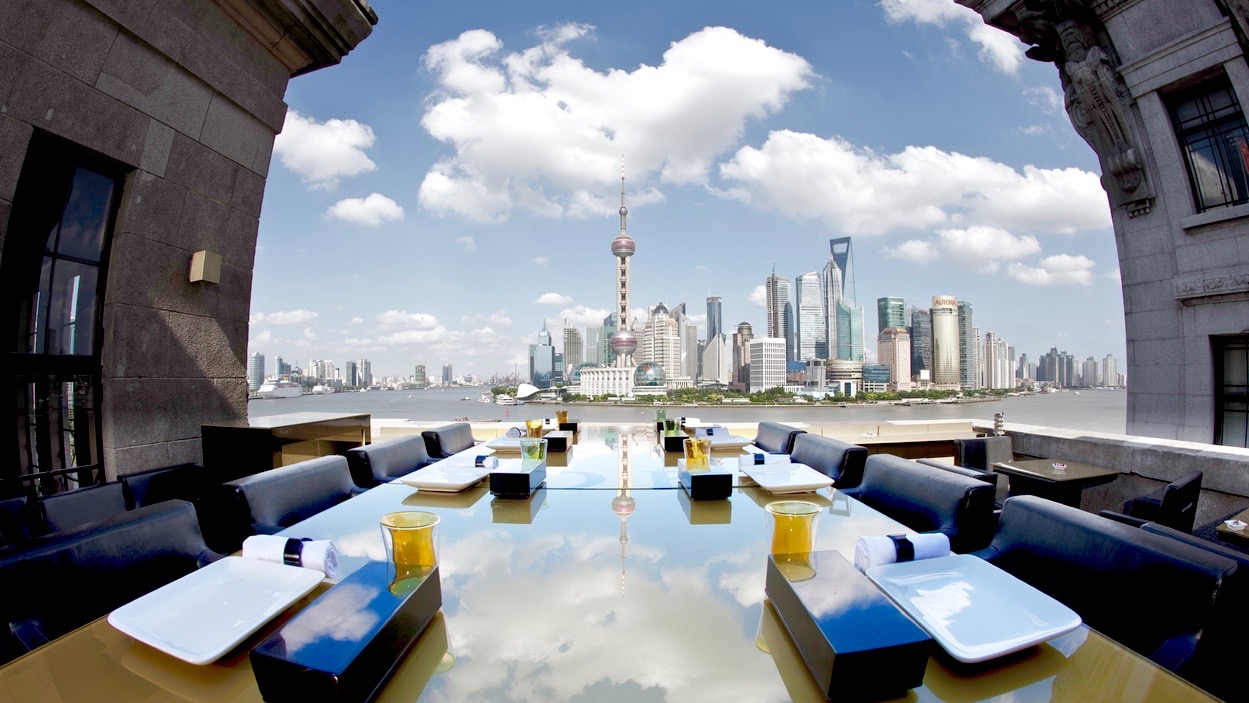 For Yin Yang modern Cantonese cuisine, head to the South Bund Y2C2 where chef Zhou Han Ming takes innovation seriously. Soups are served in teapots, sea cucumber is stewed with millet, and the casserole may be goose paw with ginger. A riveting, innovative repertoire.

NIGHTCAP
Nightclubs abound on The Bund but for tradition’s sake there is just one must, the Jazz Bar at the Peace Hotel where septuagenarian musicians entertain nightly. Less sedate with striking after-dark rooftop neon views is Bar Rouge atop Mr & Mrs Bund.

Hotel Indigo
The exception to the rule – new, modish Shanghai-tang-style, intelligent hospitality, and jaw-dropper views from the deluxe Pudong riverside rooms. Be sure to check it comes with that bath – then start counting barges as the storyboard neon lights phase and flash. 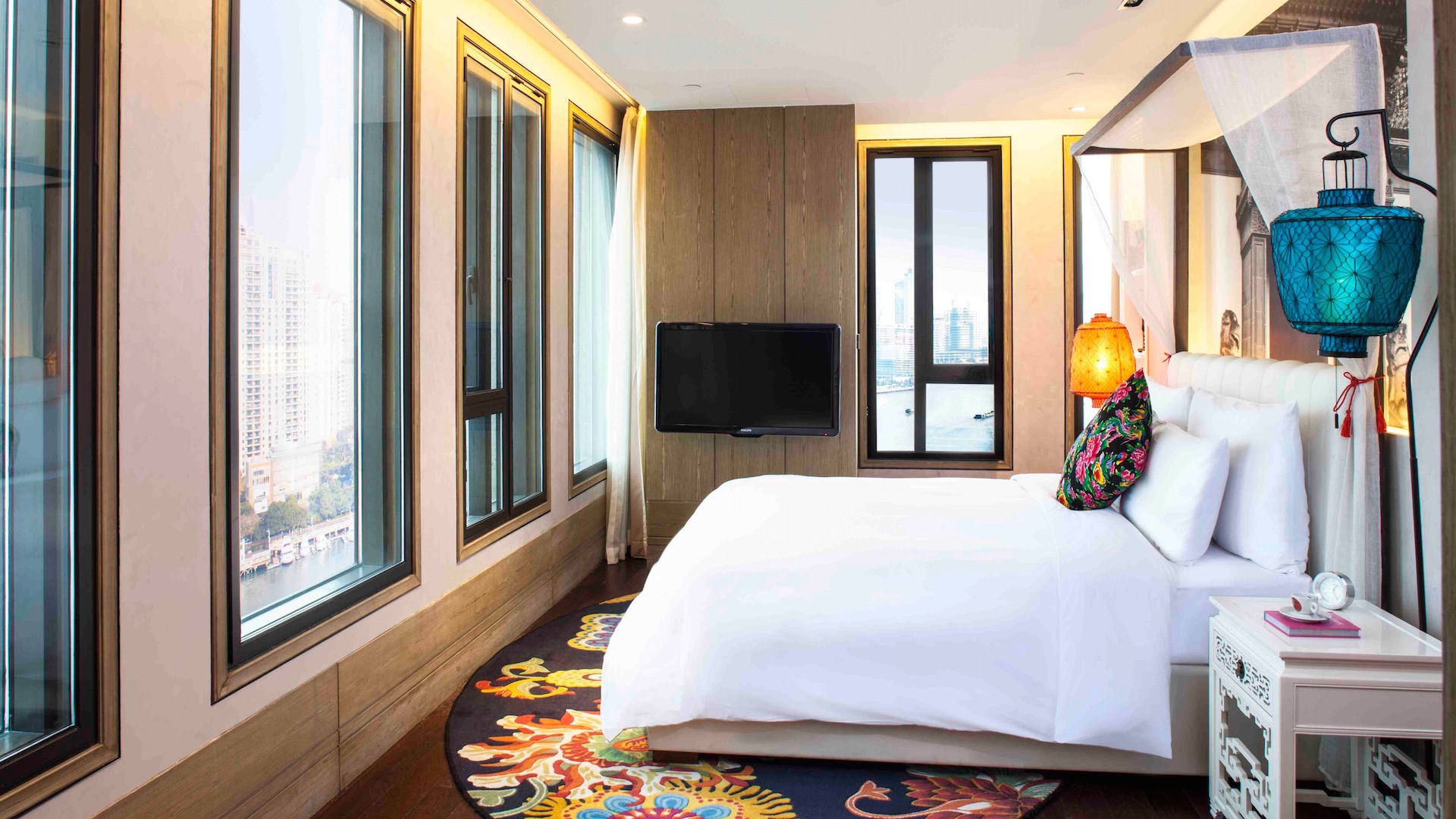 Swatch Art Peace Hotel
Originally the southern annex of the Peace Hotel, built in 1906. The joint venture restoration between Swatch and JinJiang Hotels combines an artist- in-residence program with a boutique hotel. Cutting edge and costly, choose from four suites or three rooms on the fourth floor. Lively rooftop bar with prime views. 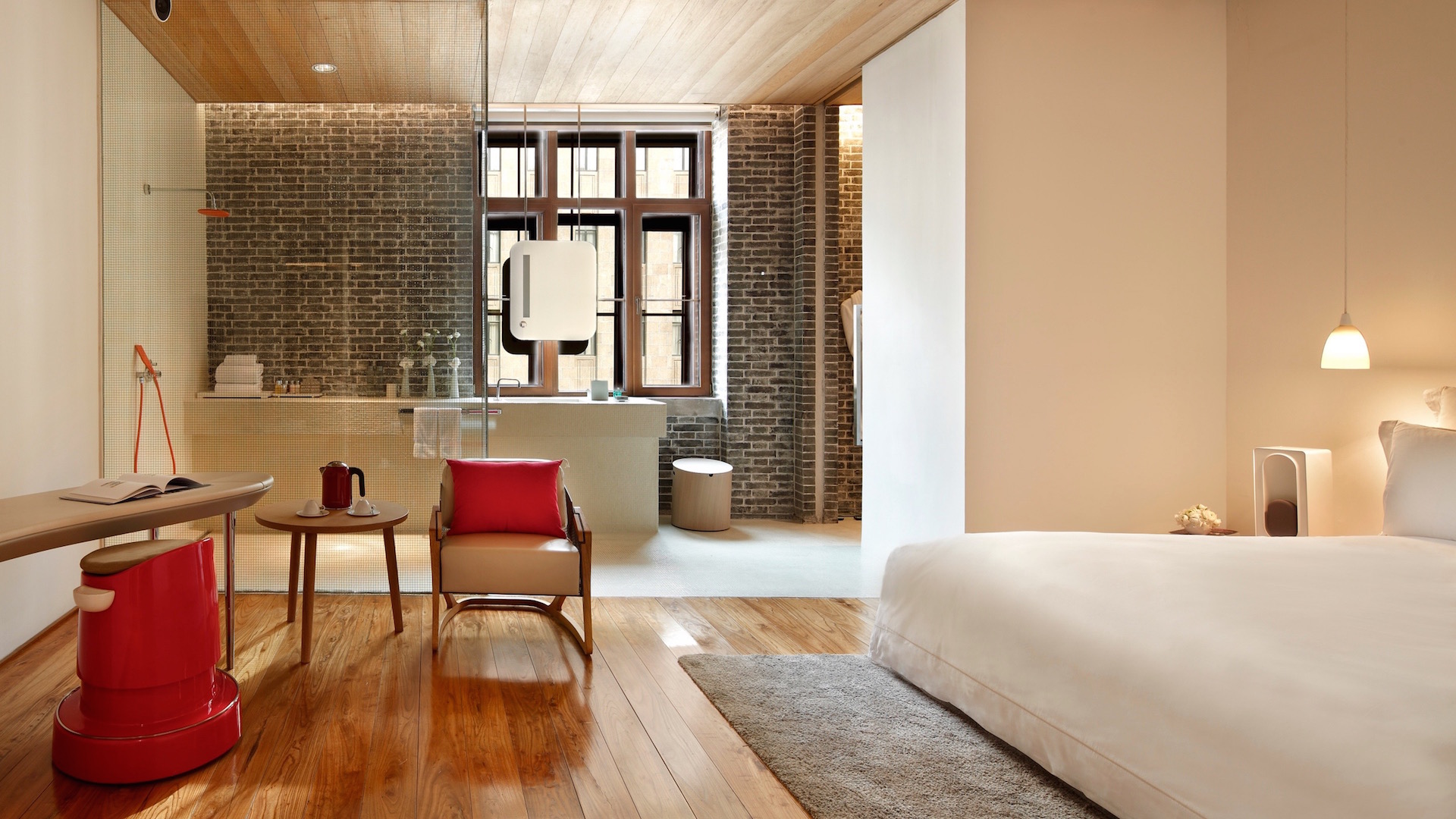 Fairmont Peace Hotel
The Deco jewel in the Bund crown, sumptuously restored and deserving of its starred reputation.

Peninsula
Evokes the ‘Orient Paris’ period with panache and pampering tradition. Call in at least for High Tea.

HOT TIP: Looking to escape from the city and explore some of the countryside, head to Moganshan, just 2.5 hours from Shanghai in the mountains.