Michael Webb takes a 12 day tour of the Baltic States.

Having explored most of Europe, I left the three Baltic States–Estonia, Latvia and Lithuania–till last, hoping they would offer as authentic a taste of the pre-war era as Romania. I arrived too late–the three glorious capitals have been swamped by mass tourism and every farm seems to have a new sedan or SUV parked in its yard. On the plus side, the historic centers have been impeccably restored, the countryside is largely unspoiled, and there are a few excellent hotels and restaurants–in contrast to the long, gray years of Soviet occupation. And, in mid June, the sun bathed every facade and tree in a golden light till 11pm. 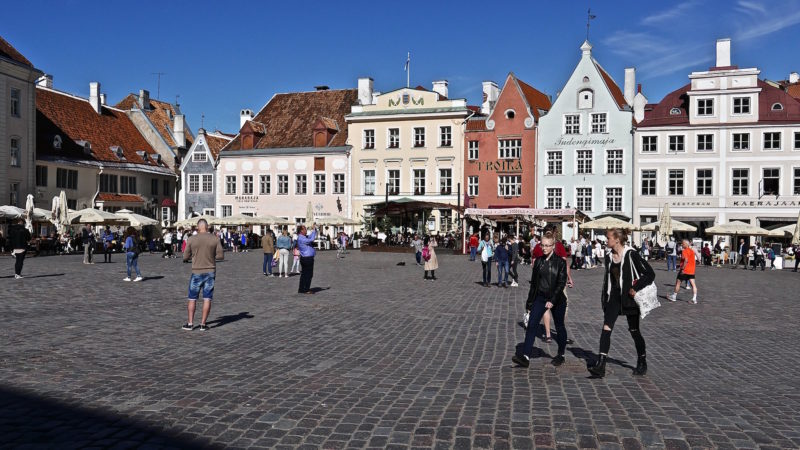 Driving from Talinn to Riga and Vilnius with excursions from each took 12 days–just enough time for a sampling of the best. It helps to be sure-footed; my feet are wobbly and I stumbled over cobbled streets in the pedestrian zones. Tallin is the most compact of the three capitals: newer quarters wrap around a partially walled, medieval city that flourished as a Hanseatic trading center. The city hall overlooks an expansive market square, and winding streets are lined with merchants’ houses and tall-spired churches. Seagulls soar overhead and there are plenty of places to linger.

Beyond the walls, the 19th-century warehouses of the Rotermann Quarter are being redeveloped as a lively mix of restaurants and cafés, studios and apartments. A must-see is Air Harbor, a marvel of reinforced concrete construction, erected to house the Tsar’s seaplane squadron in 1916, just a year before the Revolution. The trio of domes lit from above outshine the scattershot exhibition of military hardware, which includes Estonia’s first submarine. 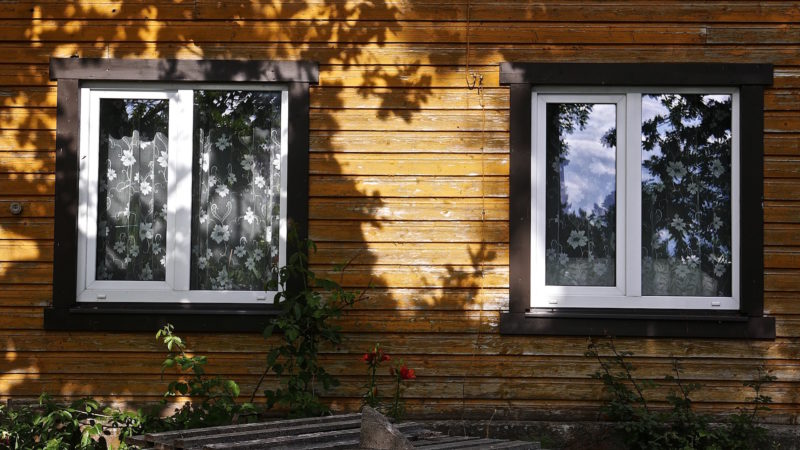 The university city of Tartu seemed unremarkable but it brought me close to the Old Believers’ villages–from Varnja to Koljak–lining Lake Peipsi, which divides Estonia from Russia. There’s a wonderful straggle of wood cottages, some collapsed, some painted in faded colors, though sadly the blue lake was out of sight for most of the time. Each house has its plot of vegetables, and there are graveyards crammed with Orthodox crosses. 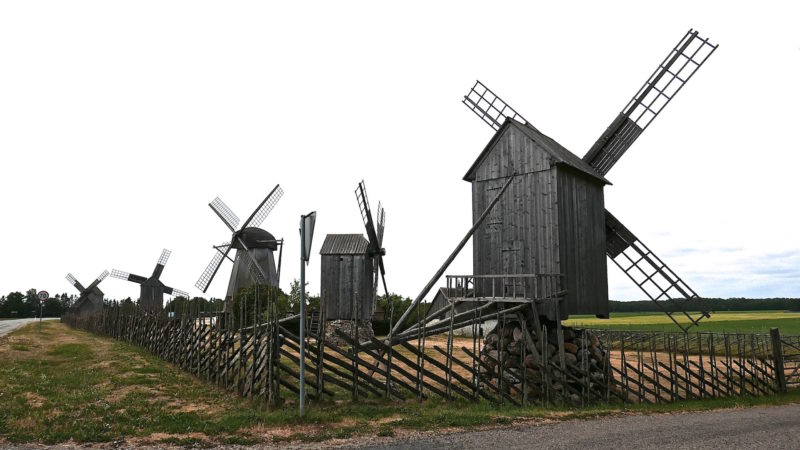 Driving south-west from Tallinn, it’s half an hour by ferry to the island of Muhu, and on by causeway to Saarema. Both are popular summer resorts, with thick forests, sandy beaches and scattered hamlets. Highlights included a row of five windmills at Angla, the huge Meteorite Crater, and the Kosuva farm museum. I stayed at Padaste Manor, a luxurious hotel-restaurant restored from ruins. It’s ten minutes from the ferry but the tall trees and expansive lawns make it feel as remote as one of Chekhov’s country estates. 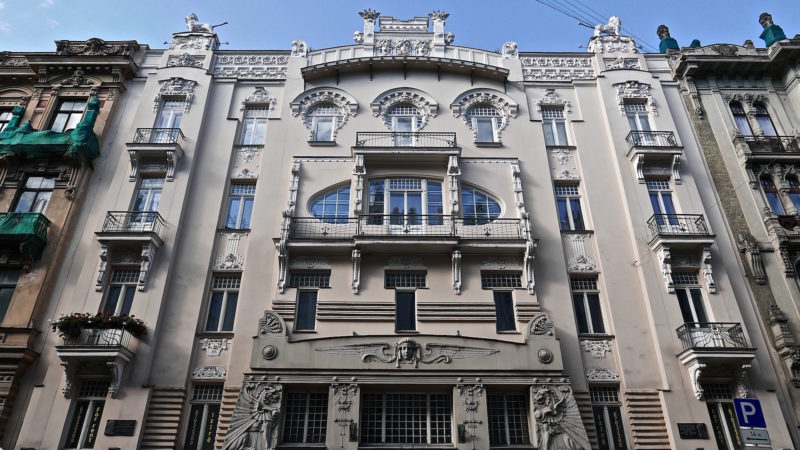 Riga was a battleground in 1918 and again in the second world war, but much has survived, including the art nouveau mansions that line Elizabetes and Alberta streets. The Soviets left their mark in a towering monument (locals call it Pinocchio’s nose) and a vast memorial to the massacre of Jews in a forest outside the city. Far more moving is the Zanis Lipke Memorial which commemorates the humanity and courage of a Latvian couple who saved 60 Jews from Nazi slaughter. It’s located in a black wood shed that resembles an upturned ark, and is hidden behind a row of  vintage wooden houses on an island in the river. Three other must-sees are the Menzendorff house, a steep-roofed merchant’s house with restored frescoes; the newly opened attic of the National Art Gallery; and the National Library, a vast wedge of steel and glass that embodies the pride of this beleagured nation. It was designed by an expatriate Latvian architect, Gunnar Birkerts who made his career in the US. 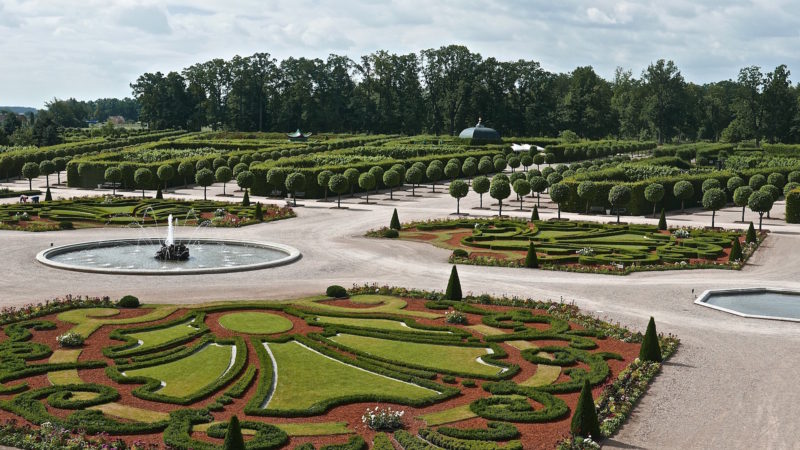 From Riga, I drove west to Kuldiga, an untarnished jewel of urbanism. Every street has been carefully crafted from different sized cobbles with a rounded kerb to drive over and avoid blocking narrow streets. Every building preserves its authenticity and the bonuses are a handsome bridge, a spectacular spread of rapids, and a beguiling town square. Heading south to Vilnius, an obligatory stop is the baroque Rundale Palace, a feast of varied colors and delicate stuccoes within the sober yellow facades. After exploring the grand salons and monumental staircase you can stroll through the formal garden. 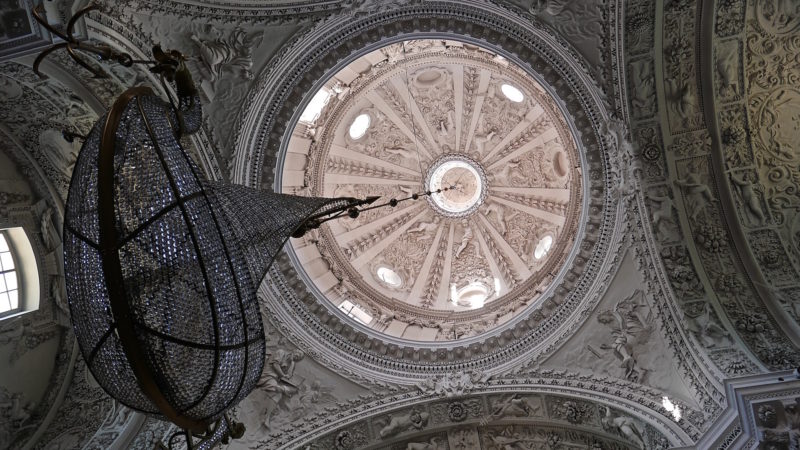 Located inland, Vilnius is spared the invasion of cruise ships, and I guessed that most of the tourists were Polish or Russian. The old city feels lived in, full of attractive young people, many of whom may be university students. There must also be wealth, judging from the proliferation of expensive German cars. It’s a city of baroque churches, and  St Peter & Paul is worthy of Rome. Every inch of the white interior is exuberantly modeled  and the pulpit is a marvel of lightness. In contrast, St. Anne’s is a spiky late Gothic confection with brick ribs lining the vault of the nave. 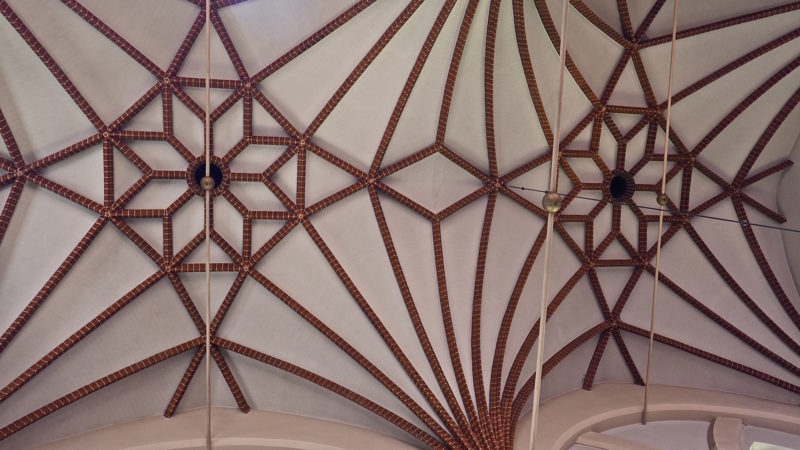 My last excursion was to Dzukijos National Park, which borders Poland and Belarus. There are forests everywhere in the Baltics, but here they are opened up with hiking trails and roads that link picturesque villages, each with roofs of corrugated iron or wood shingles, faded colors on wood walls, and fretted ornament on widows and eaves.

Where to stay and eat

Tallinn: The Savoy Boutique Hotel is comfortable and elegant, with caring service and an ideal location. Noa is an innovative restaurant looking across the water to the old city.  Platz is a an informal, eclectic eatery in the Roterman Quarter.

Muhu: Padaste Manor and its Alexander restaurant are civilized oases of serenity 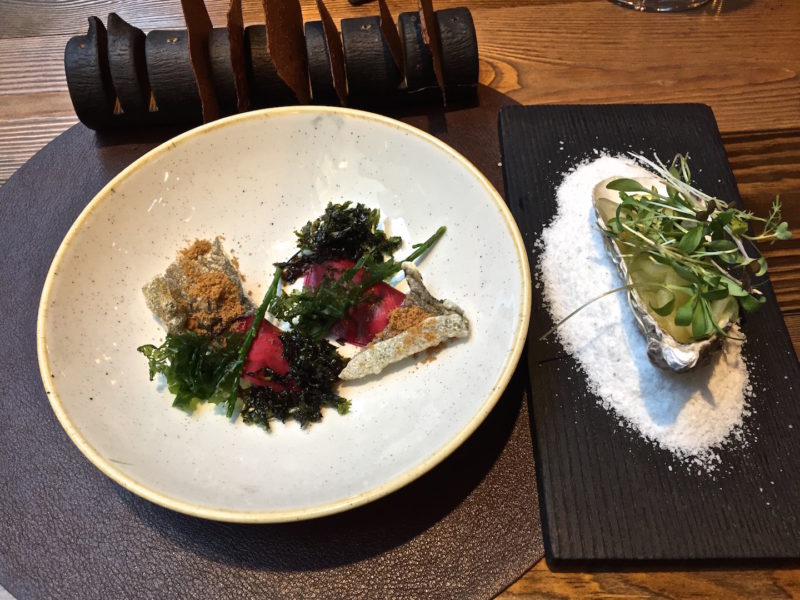 Riga: I stayed in the deeply disappointing Rixwell Centra Hotel. 3 Restorans offered a tasting menu that included oysters wrapped in beetroot wafers, carrot and lettuce salad with hazlenuts, smoked sturgeon, and quail with smoked duck and black trumpet mushrooms. Quite the best meal of my trip. Muusu is another outstanding old-city restaurant, converted from an atmospheric old house

Vilnius: Nauritus Hotel was a delight, perfectly located for exploring the old city and with free parking. Namas, a stylish restaurant in an old house just a block away, creates inventive new versions of historic dishes

Art and Beyond in BASEL

A Place for Witchcraft and Espionage in BERLIN's New Museums