From the painted churches of Sucevita in Romania to the intricate carvings of Hawa Mahal in Jaipur, Michael Webb recalls highlights from his seven decades of travel in his new book Moving Around. 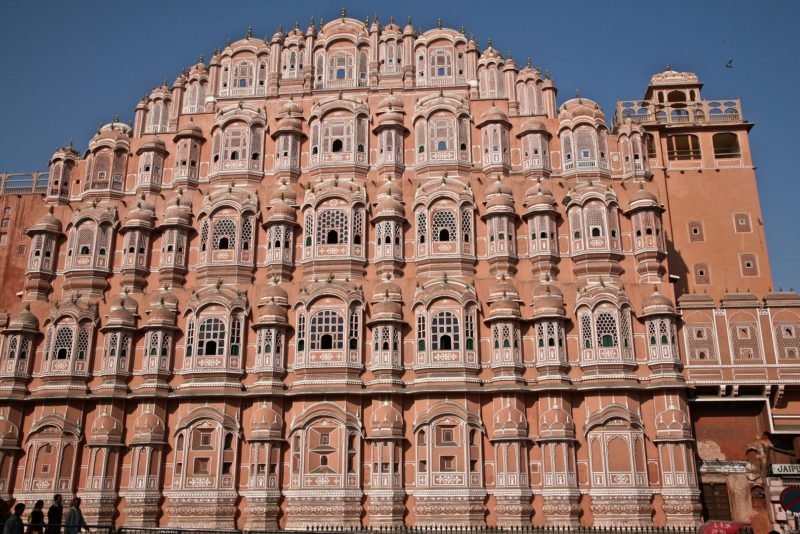 “This book is an encouragement for people to be adventurous,” Michael Webb explains about his latest book, Moving Around: A lifetime of Wandering. Webb has traversed the globe for over seven decades in search of unique landscapes and awe-inspiring architecture. Having written about travel and architecture for most of his career, Webb offers readers an opportunity to discover rare gems that are far away from the mass tourism routes.

“My book is a bit like wandermelon,” he says. “I’m trying to help you make discoveries and guide you in directions you haven’t been before. All my pieces for wandermelon have been crafted that way.” 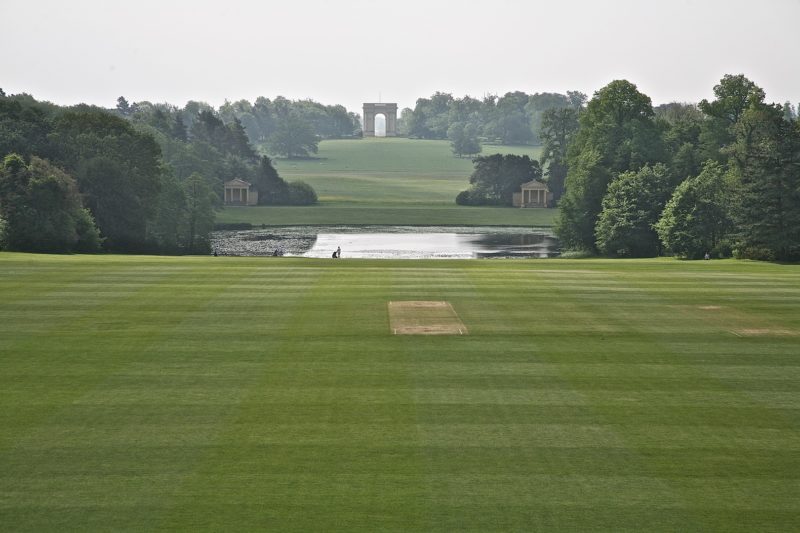 Architecture is what drives most of his recent travels, but Webb actually began his career and the book with his work in film. “Film and architecture are both collaborative arts. I spent 10 years as a programmer for the American Film Institute and before that the British Film Institute. I had the opportunity to explore exciting places like Moscow and Buenos Aires in the 1970’s.  Moving Around is filled with fun travel stories like the time Webb set out to Buenos Aires and at the ticket counter he received a note that read “Don’t Go.” Undeterred, he arrived in Buenos Aires where he was met with an impending military coup. The directors he met had received death threats and a 9pm curfew was imposed. “But that didn’t stop me from exploring the city,” he says with a laugh.

One particular piece of advice he shares is to try and get off the beaten path and avoid tour guides. “Try to learn about the places through your own senses,” he advises. “Even if what you’re seeing is a complete surprise, try to see it through your own eyes versus going on a tour.” 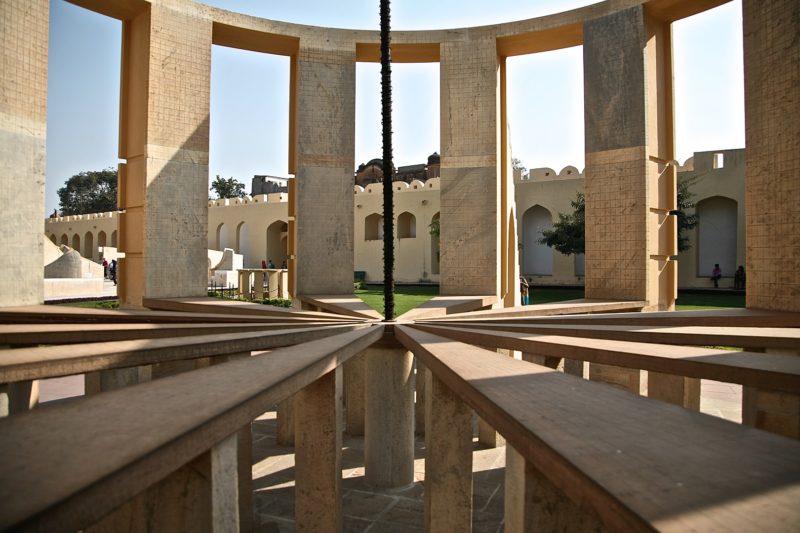 Architecture is a focal point for most of the book. “I’ve been interested in architecture since I was a little boy,” he says. “The buildings are the pretext for my travel but there is so much to see along the way. I try to see the places that retain their character and have something unique to offer, whether it was built yesterday or centuries ago. I often meet with the architects to find out how they did it and why they did it.”

Zaha Hadid is one of the architects he met on a trip to Lapland for the Snow Show where 17 architects were chosen to collaborate with a different artist on hybrid works of ice and snow. The frigid temperatures didn’t deter Webb from exploring the exhibits and Hadid’s ephemeral Ice House in Rovaniemi literally went up in flames during his visit. 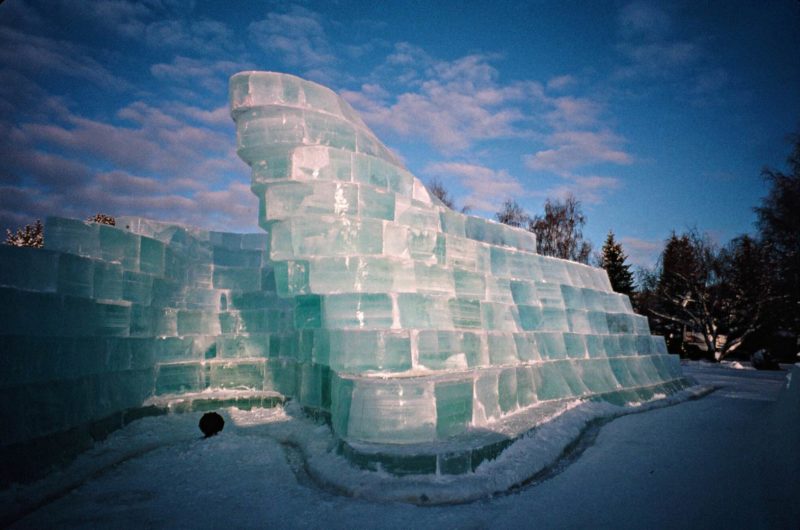 One of his favorite destinations and one that he wishes to return to again is Japan. “Japan is like going into another planet. The Japanese live in a different culture going back to traditions many centuries ago but it is still current. That is fascinating because the past is a very remote thing in the West. We don’t live it, but the Japanese live it. You get off a bullet train and enter an Inn that is the same as it was centuries ago,” he explains. He has visited over 10 times.  “Each time I visit, I discover it in different ways. It’s the most fascinating and unknowable country. No matter how much time you spend you know you’re a stranger.”

Singapore is an interesting city to visit. “Marina 1 – for me it is extraordinary,” he says. “On a totally different level is the Amoy hotel, where they took an old Chinese shop house and converted it to a hotel.” 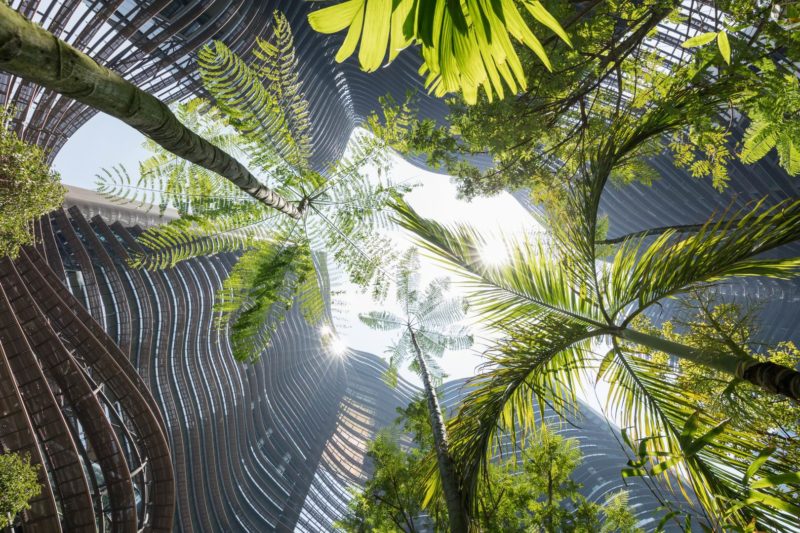 Webb’s evocative prose and entertaining travel stories make Moving Around a fun-filled adventure that will inspire you to make your own discoveries.

Michael Webb
Michael grew up in London and now lives in a classic modern apartment in Los Angeles. His twin passions are architecture and travel, and he indulges both as often as he can, exploring every continent in search of material and inspiration. His travel memoir, Moving Around: a Lifetime of Wandering (ORO Books, October) recalls memorable experiences of people and places over seven decades. Michael is the author of 28 other books, most recently Architects’ Houses. He has written on travel and design for The New York Times, Travel & Leisure, Virtuoso Life, Monocle, Architectural Digest and other publications
around the world.