Michael Webb enjoys the more luxurious side of the cities of Sri Lanka.

My first visit to Sri Lanka, many years ago, was a frugal adventure, bumping around in crowded buses from one ancient site to another, exploring the historic city of Kandy, and staying in a vintage guest house in the hill country of Nuwara Eliya. This past February, an architect invited me to stay at his estate, a former rubber plantation outside the southern city of Galle, and a friend and I used it as a base for exploring the south-western coast. 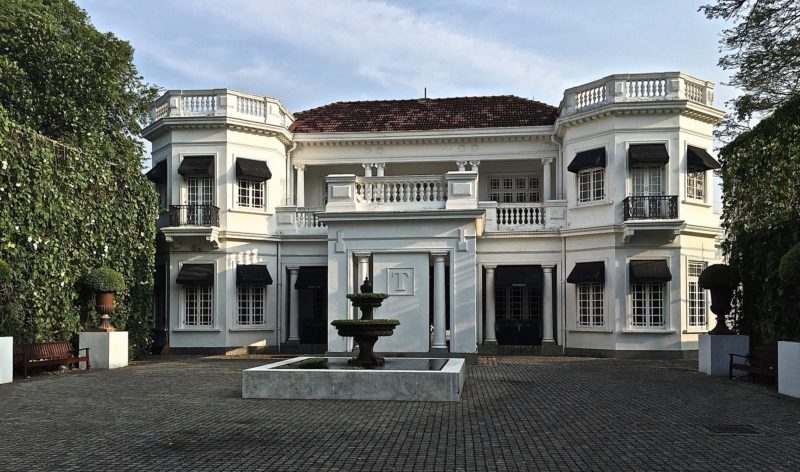 Arriving by air from Singapore, we spent a day in Colombo, the sprawling traffic-clogged capital, finding refuge in the Tintagel, a ten-room hotel where the Prince of Wales stayed on a recent visit. It was a residence for the Bandaranaike family (a leading political dynasty in Sri Lanka) until 2005, and it retains the character of a colonial mansion. The exterior is gleaming white; the interior is shadowy, with light filtering in through Venetian blinds, polished wood cabinetry and four-poster beds draped in mosquito nets. Fans cool the patio, and it’s tempting to spend much of the day there, eating and dozing, from a breakfast of tropical fruit to a dinner of mud-crab soup and grilled barramundi with tamarind sauce. For the rest of the trip we happily alternated between freshly-caught fish and mild curries. 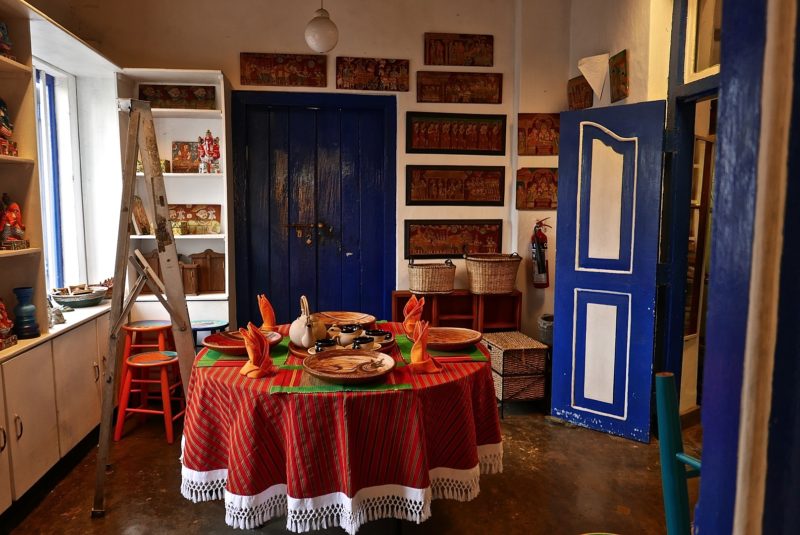 Two excursions proved rewarding: the Barefoot Gallery, a colorful complex of galleries selling fine arts and crafts, and the house of architect Geoffrey Bawa, where one can rent an upstairs room or take a tour. It’s a modest house located on a narrow lane but the interior is a gem, full of quirky juxtapositions, folk art and eclectic furnishings. Bawa (1919-2003) adapted the local vernacular of shady porches and breezeways in a succession of houses and hotels, and his home has been preserved as he left it, with a 1934 Rolls Royce in the garage, and books strewn on tables in the private quarters. 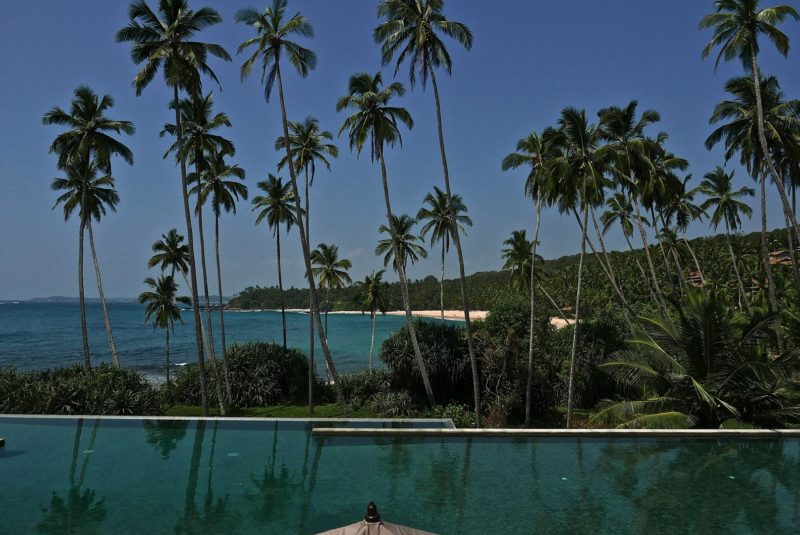 Amanwella, looking from the dining terrace to the beach | Photo: Michael Webb

To get around the island we rented a Prius and driver (from Casons Rent a Car) for about $90 a day, and headed south on the toll highway that links Colombo to the south coast resort of Mirissa. Broad sandy beaches fringed by palm trees draw sun-starved northerners to a succession of waterfront hotels. For the well-heeled, nothing beats Amanwella near Tangalle. Thirty suites step up the hillside overlooking a private beach that’s half a mile long. The public areas open onto courtyards and terraces with a huge pool a few steps below. Shutters and perforated screens admit cooling breezes. From here you can make excursions to watch whales and dolphins, drive into three national parks, or explore the local wildlife on jungle trails. We stopped by for a leisurely lunch and a swim. 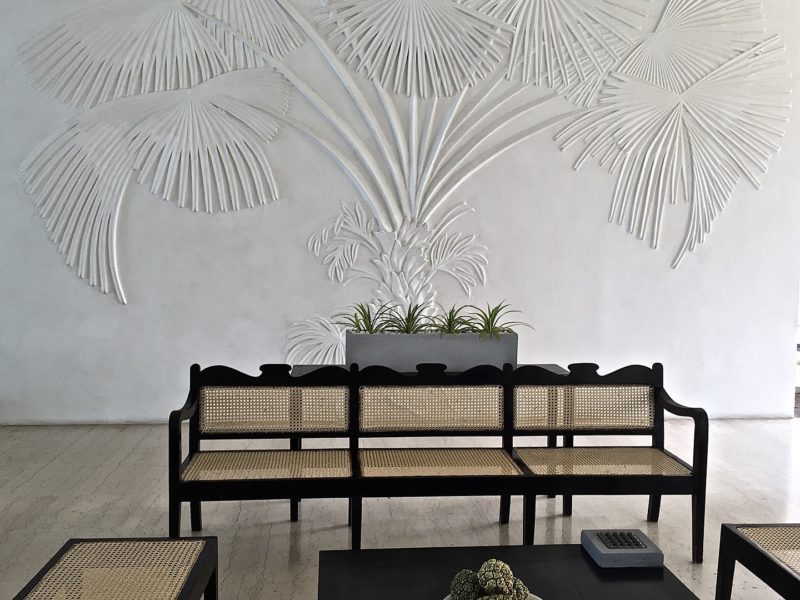 A much larger, and more affordable beach hotel is Heritance (formerly the Triton) in Ahungalla, which carries Bawa’s distinctive stamp in its elegant proportions and decorative details. Further north, in Bentota, are two of this architect’s most important projects: Lununganga, chiefly notable for its 15-acre garden stepping down to a river, and Boutique 87, an idyllic retreat marred only by traffic noise from the highway. Both have guest rooms that can be booked on-line. 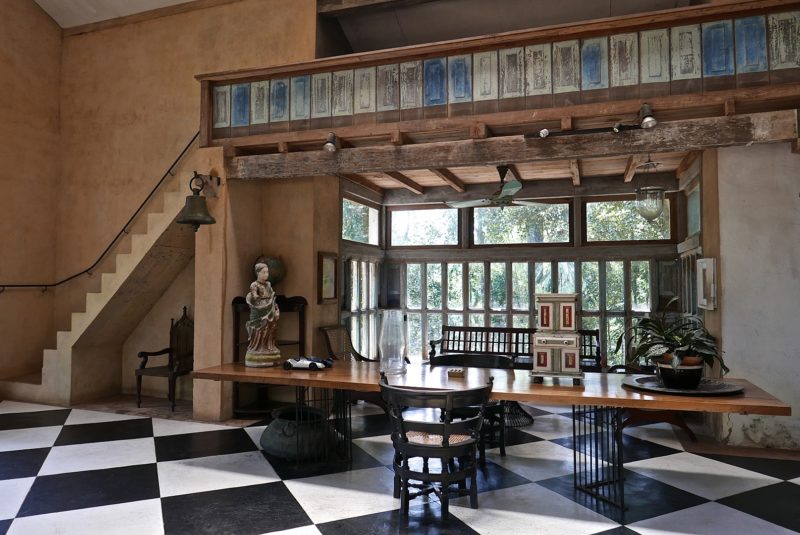 The star attraction of this region is Galle. Within the ramparts of the old fort (which saved the historic city from the devastating 2004 tsunami) are a mix of Dutch and British colonial buildings. It’s a joy to wander around this compact enclave, admiring the varied architecture (the Dutch Reformed Church is a stand-out), shopping for locally-made clothes and crafts, and strolling the ramparts at sunset. Fishing boats are scattered along the shore, their faded blue hulls supported by an outrigger. Other fishermen haul in nets and display their catch on stalls set up on the promenade. Kerry Hill (who designed Amanwella from the ground-up) converted the 17th-century Dutch officers’ quarters into the Amangalla Hotel. Understated rooms lead out of a long arched corridor and their balconies open onto dense vegetation. Two levels down is the pool, flanked by minimalist cabanas. A fraction the price, but full of character, is the Galle Fort Hotel, where we lingered over a refreshing Pimms No.1 on the verandah. 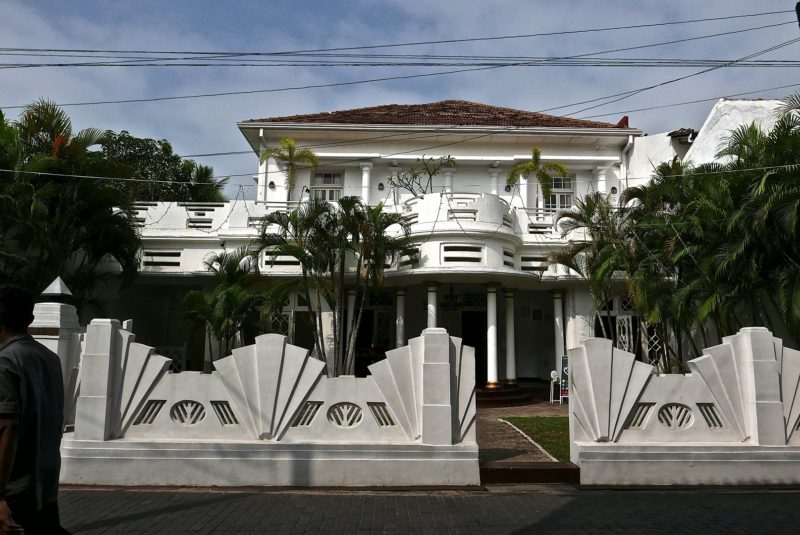 Such contrasts of earthy and refined make this part of Sri Lanka (which was spared the bloodshed of civil war and recent ethnic clashes) an ideal destination for a week of relaxation in the sun, and it would be easy to combine it with a leisurely tour of the island. It is hot and humid at low altitudes through the year, but the best time to visit the southwest is December-March to avoid the monsoon rains of April-June and October-November.

On the Waterfront, SHANGHAI