The world’s most populous metropolis that sprawls across 23 city wards, islands and other towns and villages, boasting 9.26 million citizens can seem daunting but only from the outside. Gently peel off its layers, and every day will deliver the unexpected, treasured moments and memories, from shochu shared with sumo wrestlers to retired military-uniformed soldiers paying homage at a Shinto shrine.

“If you go to Tokyo, I think it becomes very obvious that there’s this almost seamless mixture of popular culture and Japanese traditional culture.” ―Kazuo Ishiguro

Trying to offer a useful translation for touring Tokyo is not as daunting as you might first think, because it’s a city with formalized rhythms, exquisite courtesies, scrupulous honesty and abiding hospitality. Overlay these special qualities on a mostly low-rise megalopolis with wide avenues, and a patchwork of city villages backed by an intricate, on-time every time train system, and suddenly the heart of old Edo becomes manageable and endearing.

Try any or all of these insider Tokyo Tips and you too will likely fall for the complex and contradictory charms of this endlessly fascinating city.

GETTING AROUND & SLEEPING OVER

TIP 1: Fly to Haneda Airport
The monorail transit from Haneda airport downtown is fast, seamless and convenient (and closer than Narita) alighting at Hamamatsucho.

TIP 2: Check-in to hotels anywhere near the Yamanote Line
This city circular above ground Japan Rail operated rail line circumnavigates central Tokyo and avoids the intricate spaghetti loop of the metro system. Any underground trips taken from a perimeter Yamanote Line stop will be quicker. Areas to consider include Gotanda, Meguro, Ueno and Kanda. And you can use your Japan Rail Pass!

TIP 3: Suica & Pasmo Cards
Metro travel cards are available at all train stations and Haneda Airport. Load up with yen and hop on board at cheaper rates. Also accepted in selected cafés and some stores.

TIP 4: Business Efficiency Hotels
These are a wide step up from capsule hotels, offer mid-range facilities, spotless compact rooms and great value. Some even have their own onsen. Brands to consider are Mystays, TokyuStay,  Fresa Inn and the APA chain. 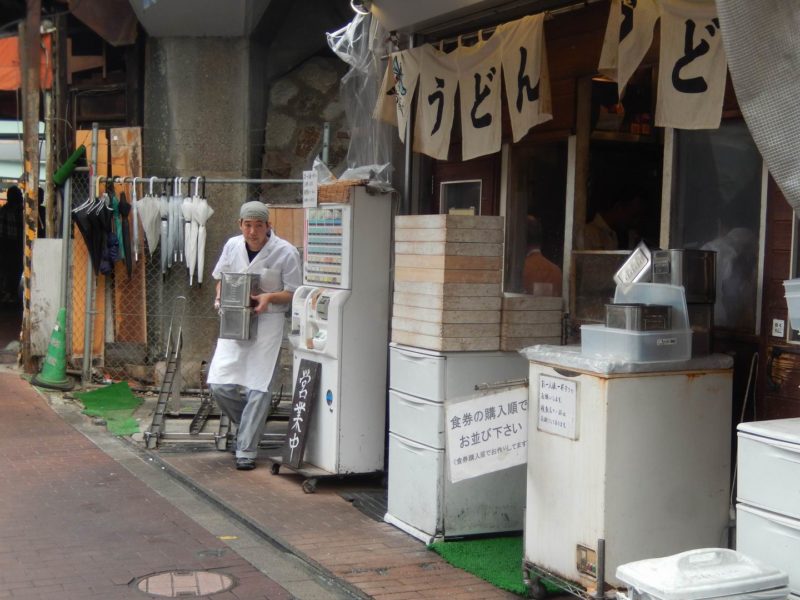 Ekimae loosely means the area around any train station and given that Tokyo’s citizens are perpetual commuters, everything you could possibly need is on hand both in and around stations. Supermarkets, sake bars, massage parlours, teashops, izakaya bars, sushi trains, yakitori bars, 100-yen stores, everything for your daily needs. 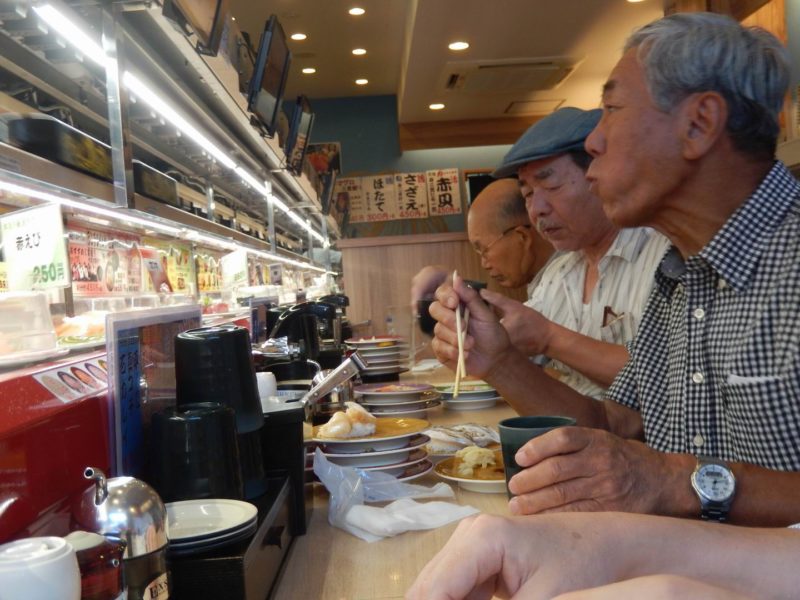 Head below the rails at Gotanda Station (Yamanote Line) to find the street queue that marks the beckoning hole-in-the-wall tempura udon noodle stall. Choose your order from the ticket machine (with help), wait patiently, then step into the 10-person standing only counter for udon and ethereal crispy battered prawns in umami broth. Serve yourself thermos green tea. Slurp fat soft noodles, sigh contentedly, then move on.

TIP 6: Department Store Basements = Depachika
All of the major department chains boast basement food halls that will set your appetite reeling (as do the food stores in many station concourses). Highly recommended Mitsukoshi, Matsuya, Isetan, Daimaru and Seibu. Late afternoon grazers can save, especially in the sushi / sashimi section.

Now that the famous Tsukiji Fish Market has closed its portals and moved from Tokyo central, seafood stores become a vital link in the Japanese diet, and Tokyo boasts the biggest suburban fish shops you’ve ever seen. Grab your shopping basket and fill it with briny morsels. One of the biggest is at the Okachimachi station end of the bustling Ameya-Yokocho street market that runs parallel to the rail line from Ueno station. 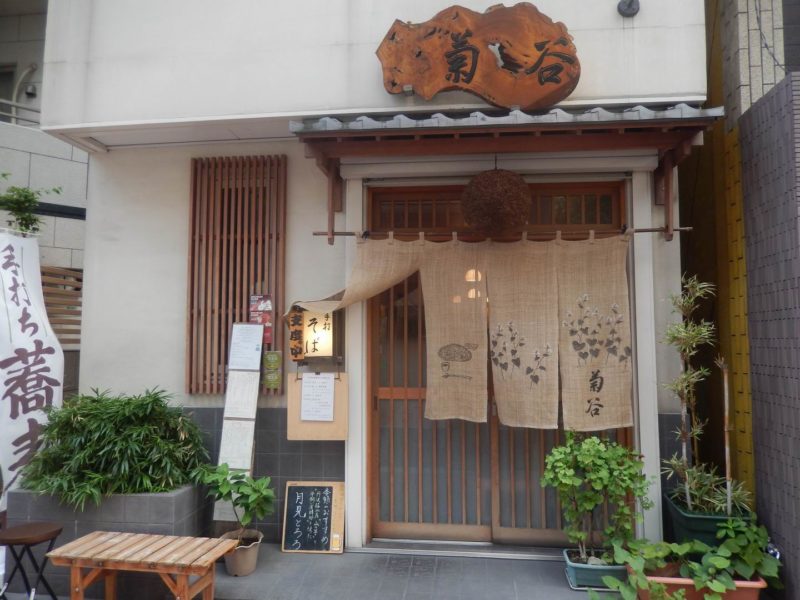 Don’t be tentative in parting the traditional fabric ‘noren’ split curtains that adorn most all restaurants and shops. They will unveil some of your most memorable meals…at sushi counters, soba noodle parlours, all-chicken yakitori (from head to tail), gyoza charcoal grills, and ramen bars. No English menu? Just watch your fellow diners, then indicate politely.

Part the noren at Kikutani Soba, one of countless specialist soba noodle restaurants, where the buckwheat noodles are handmade by Osamu Kikutani, Michelin-rated and served with zen reverence.

There is a vibrant coffee culture in Tokyo, from drip filter bars to serious bean selection and roasting. Retro Café Biot in Kanda is proof this is no recent phenomenon. Founded in the 1970s, its ‘breakfast set’ – think thick white toast with smashed egg, house-roasted daily bean selection and burnished original timber interiors – makes Biot worth a detour. 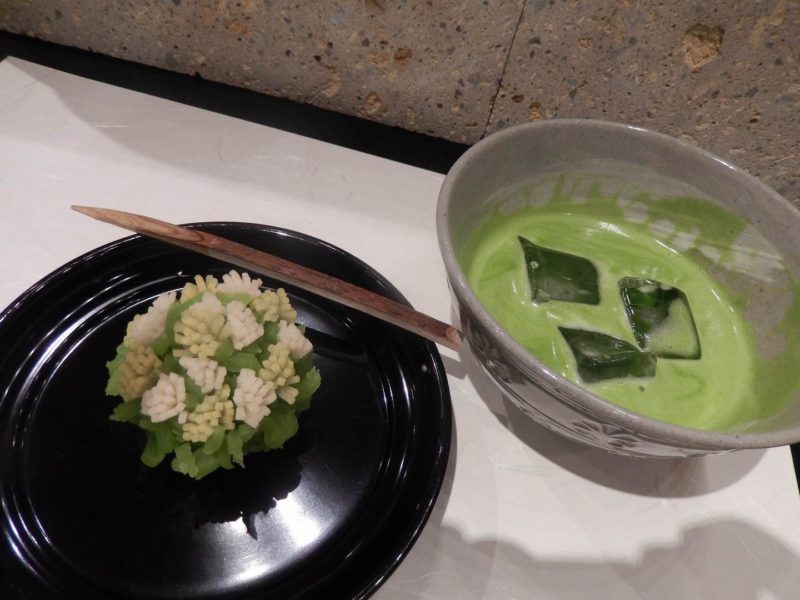 The Japanese are sweet-tooths. Share century-old pleasures at the sit-up at Tsuruya Yoshinobu counter where artisans mold bean paste into instant edible floral creations. Exquisitely plated mochi are to be relished with bowls of searingly green matcha tea.

Festivals are more common in spring and autumn and vary from engaging local temple festivals to major street parties like the September salmon Matsuri in Meguro where teams of happy-coated men man charcoal barbeques. When the salmon are charred to perfection, they bang drums and blow whistles to alert the manager of the longest-queue-I-have-ever-seen who then releases more well-behaved salmon fanciers for their free grilled fish, served on a bamboo leaf with pureed daikon radish.

TIP 12: Chabara and regional food stores
Some clever Tokyo town planner has decided to salvage all those run-down wasted spaces under the arches supporting myriad railway lines. One of the best examples is north of Akihabara, where the viaduct arches now house the Chabara Aki-Oka Marché regional gourmet food store. Grab a basket and travel from Hokkaido to Kyushu, grazing as you go on yuzushu (yuzu sake) and uni (sea urchin roe).

Any tip sheet for Tokyo needs to cite at least a few non-edible ‘memories-are-made-of-this’ off-track experiences.

In no particular order: 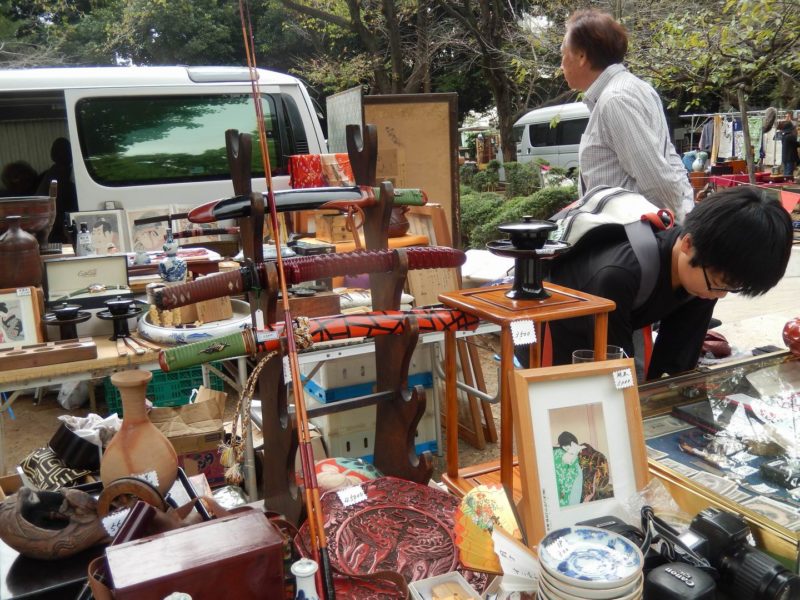 Shop for trad treasures in the grounds of this controversial Meiji-era Shinto shrine dedicated to old soldiers and Japanese military might. Expect marching platoons of uniformed soldiers on pilgrimage while you rummage for old kimono silk and calligraphy scrolls. 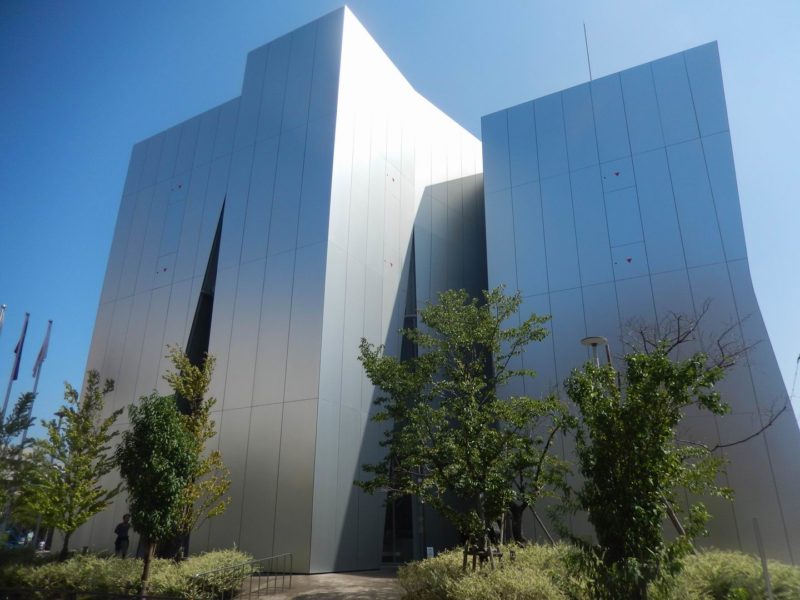 This homage to one of Japan’s most famous artists is a must-see stunning, aluminium-clad structure designed by Pritzker prize-winner Kazuyo Seijima, located in suburban Sugamo where Hokusai lived and painted.

There are hundreds of museums in Toyko but the TMAM seems to secure blockbusters of the less obvious masters, which most recently included Munch, Klimt and the émigré Japanese impressionist, Foujita. 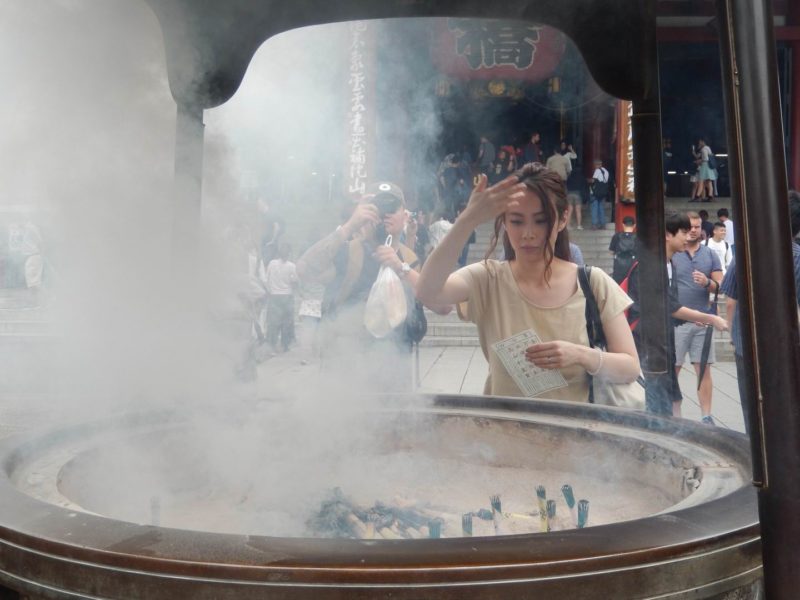 Said to be Tokyo’s oldest temple, built for Buddhists in 628 in the Asakusa district on the Sumida River and on most tour-guide schedules. Go early to avoid the throngs and stroll the surrounding streets that reveal traditional traders selling pre-loved kimonos, incense, zori sandals, kitchenware and then revive at an owl café. 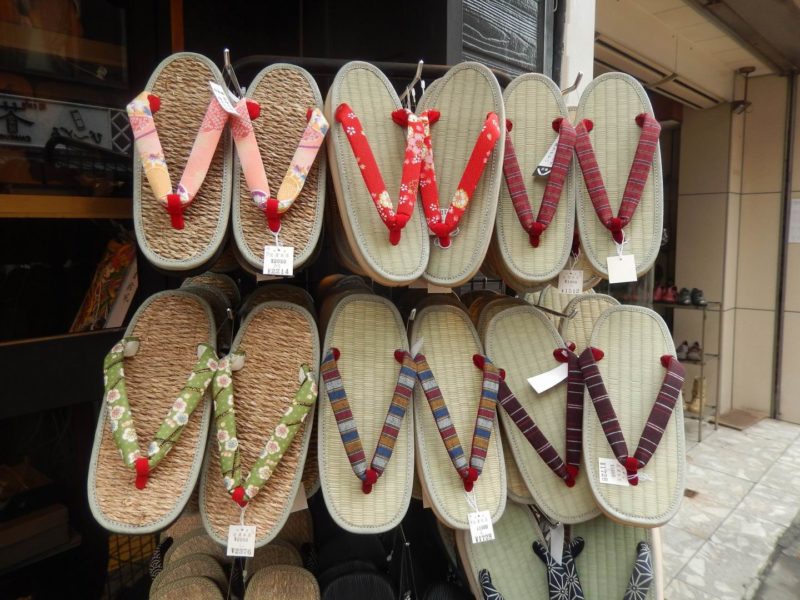 Not far from downtown Ginza, this quiet traditional residential area boasts butchers, brushware shops, sushi and tea stores and shady strolls – but another village precinct in this amazing city that beguiles with deceptive intimacy. 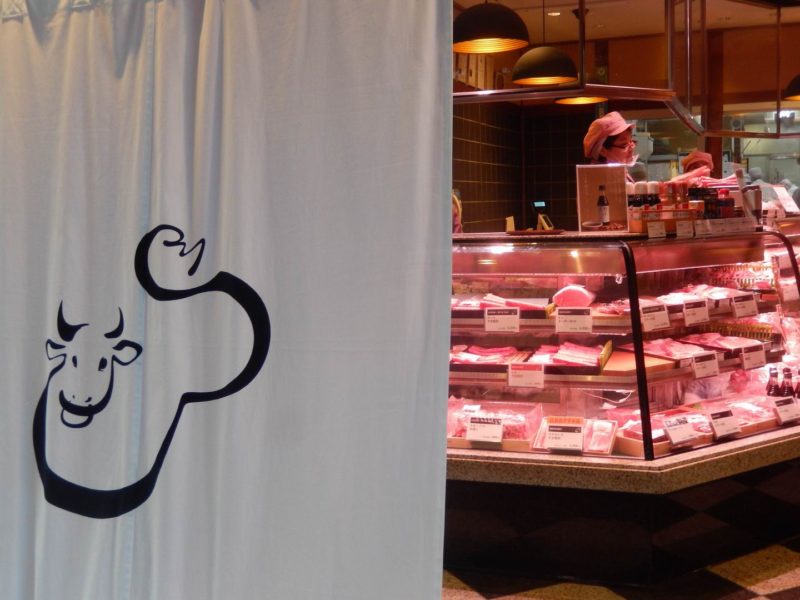