The Lake District is the UK’s most popular national park | Photo: David Iliff

Nestled in the northwest corner of England lies the Lake District, 885 square miles boasting the longest bodies of water and the tallest mountains in the country. As the first ray of summer sunshine emerges from the clouds, locals escape to breathe-in the nation’s grandest views, and meander the green countryside paths of this historic region – the old stomping grounds of Celts, Romans, Angles and Vikings.

The Lake District is built for nature’s wanderers. With long breathtaking paths that cut through fields, scale jaw-dropping mountain ranges and linger by tranquil lakes, the entire area is a hikers dream.

In 1804 the English romantic poet, and local Lakes lad, William Wordsworth wrote of wandering lonely as a cloud over vales and hills, past daffodils dancing beside the lake. 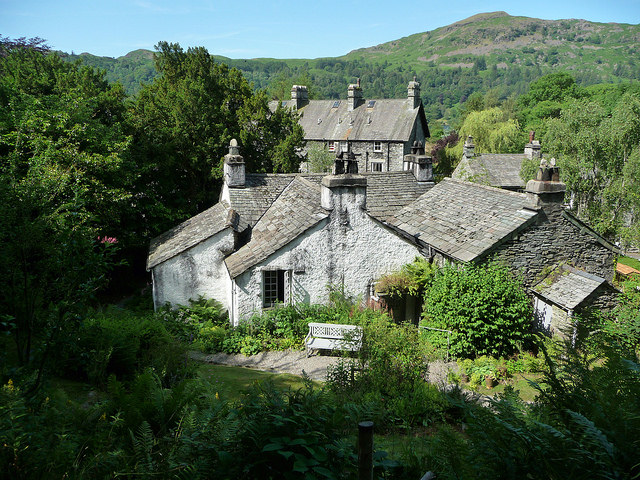 Wordsworth’s inspiration from the landscape is where the adventure begins. His most famous poem, “Daffodils”, is said to have been written whilst walking on the banks of Ullswater, one of the largest lakes in the region.

The seven-mile lake shore walk between Howtown and Glenridding uncovers spectacular views over Ullswater with lakeside ambles and woodland detours, though alas no daffodils to be found. 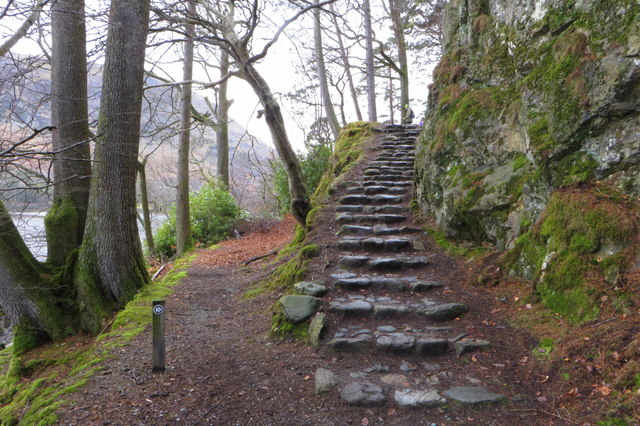 Heading south to the region’s largest lake, Windermere, on a sunset cruise the mountain ranges seem to embrace the vast pond in one all encompassing hug. Wordsworth wrote of the mountains, “in the combinations which they make, towering above each other, or lifting themselves in ridges like the waves of a tumultuous sea, and in the beauty and variety of their surfaces and colours, they are surpassed by none”. Chugging along the shore, I felt the poet’s beautiful words whisper across the landscape, as the sky turned amber and the sun drifted behind the crags. 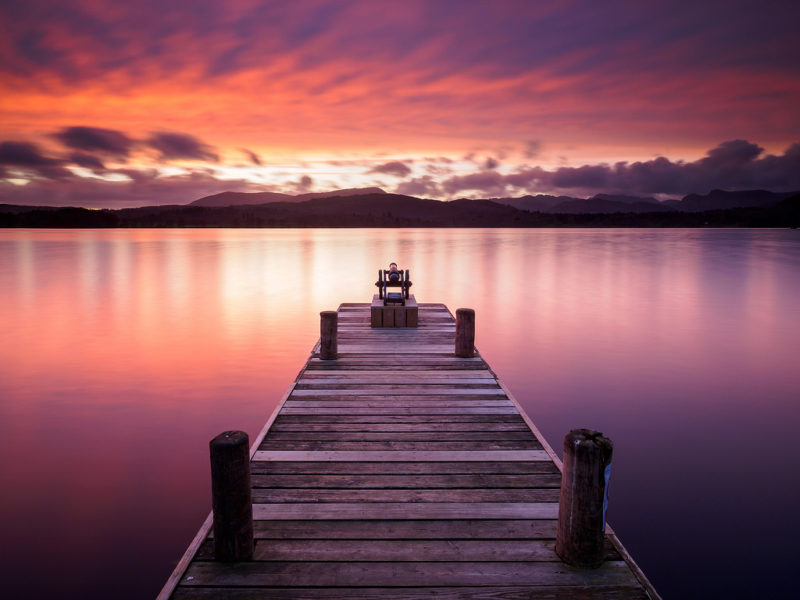 On the banks of Windermere sits Storrs Hall, a luxury lodge and the perfect place to rest the weary legs. Storrs Hall is a heritage listed Georgian Mansion house built in the late 1700’s, and hosted many of Wordsworth’s poetry readings. Storrs Hall was also where Beatrix Potter partied and Sir Winston Churchill vacationed. With grand rooms that overlook the lake, elegant pre-dinner drinks and full English breakfasts of fat Cumbrian sausages with black pudding, it’s easy to appreciate the blue-blooded appeal.

Traipsing from lake to lake, the week encompassed leisurely hiking around Buttermere, dark ales with battered trout and chips at the local pub, traversing the eerie, forested corpse roads at Loweswater, where countless people in the past carried their dead to burials, stopping for scones with cream and jam in Keswick and stargazing over still moon-lit waters at Friars Crag. 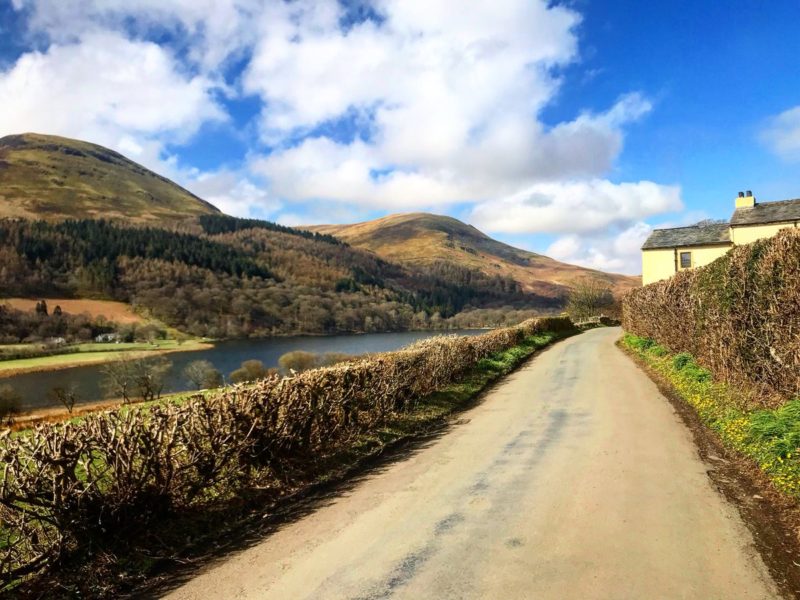 The path around Loweswater rewards with a cold beer at Kirkstile Inn | Photo: Matt Foster

Roman forts speckle the landscape, a reminder of the ancient chronicles of the region. The most important of Roman landmarks in Britain is Hadrian’s Wall in the north which stretches seventy three miles across the neck of England and stands today as a reminder of the past glories of one of the world’s greatest empires. Built in 128AD, Hadrian’s Wall, now a world heritage site, stood as the north-west frontier of the Roman empire for 300 years. 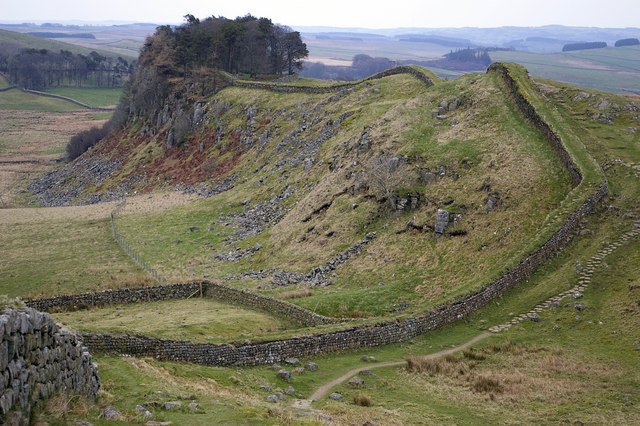 Hadrian’s Wall runs from Wallsend on the east coast to Bowness-On-Solway on the west coast | Photo: Phil Champion

At Hadrian’s Wall I met a curiously cloaked, wild haired Celt, dressed in a chainmail tunic and wielding a long sword. Kevin Robson from Wild Dog Outdoors, a local boy and warrior of authentic expeditions, gave me a history lesson like no other. As I walked the wall, following his tartan knicker bockers and leather laced sandal boots, he regaled breathless tales of bitter wars between the Romans and the barbarians from the North, of cunning Kings, resourceful villagers and clever soldiers. We crouched by the remains of a small stone fort, imagining hundreds of Romans side by side, living on wine and bread. We perched on the fortress, emulating the Syrian archers poached by the Romans. And we marched the ramparts, looking out across the land like Emperor Hadrian himself. 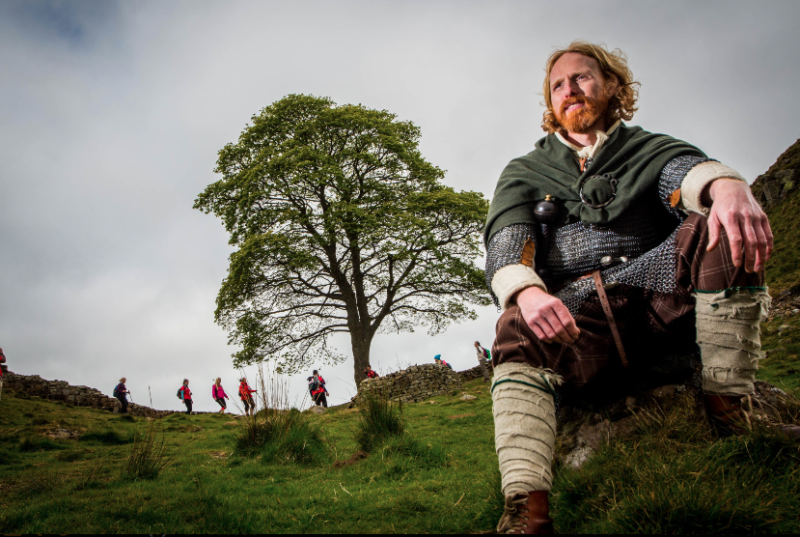 After a day in the life of an emperor, it was time to strut down the road and sleep like a king at Langley Castle, a veritable medieval hotel with nine renovated rooms of comfy, canopied four-poster beds, regal fireplaces, lavish swags and stately chandeliers. Unwinding with a book on my royally cushioned, stone bay-window seat, I beamed at the resident peacocks, strutting around the 10-acre woodland estate. Langley Castle was built in 1365 for Sir Thomas de Lucy, a valiant knight and one of King Edward III’s most trusted captains. The walls are said to be haunted by a ‘Grey Lady’, reputed to be Maud de Lucy, who threw herself out of a window having received news of her husband’s death at the Battle of Shrewsbury. J.K Rowling once stayed at Langley Castle and tales of the ‘Grey Lady’ inspired some of the ghostly characters of her Harry Potter books. 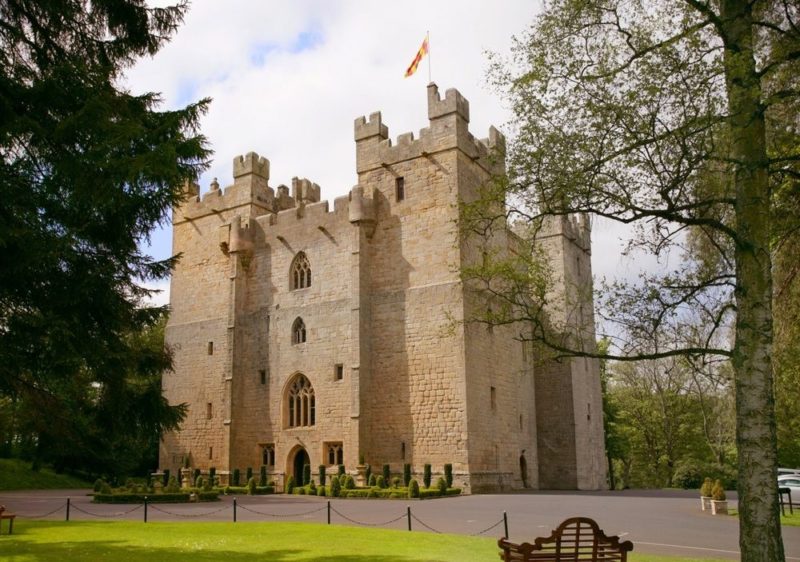 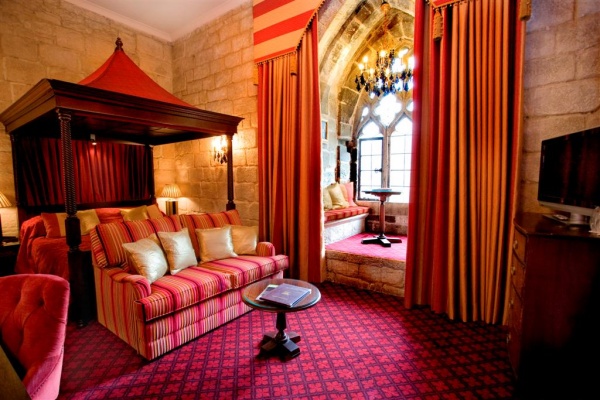 North of Hadrian’s Wall lies Alnwick Castle, one of Britain’s most iconic castles. Despite being over 1000 years old and the opulent home of the Duke and Duchess of Northumberland, Alnwick Castle’s visitor drawcard is its’ starring role as Hogwarts in the first two Harry Potter films. Beyond the wizarding professors wondering the grounds and broomstick riding lessons, once a year Alnwick Castle plants 250,000 yellow daffodils, in ode to Wordsworth’s magical poem. 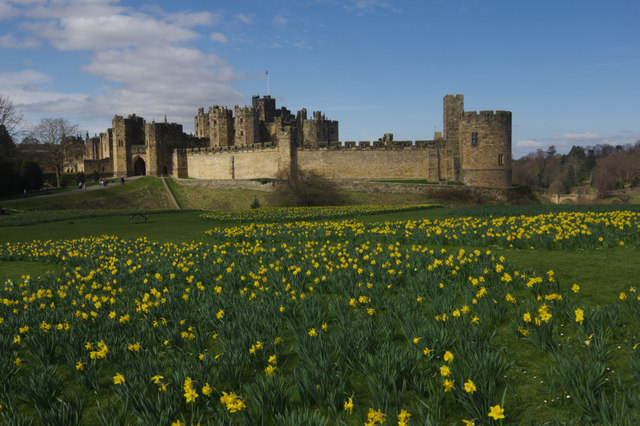 Game for something different? Our Guide To Visiting LONDON After The Olympics