From apartment buildings to museums, learn why Michael Webb keeps returning to Milan over Italy’s many other cities.

Milan is my favorite Italian city (with Turin running a close second) for the way it reveals its treasures slowly. It has a few of the attractions that lure tour groups, including Leonardo’s over-restored Last Supper and a spiky Gothic cathedral, whose scrubbed facade is 19th-century not medieval. The late Roman Imperial Palace was destroyed by Attila the Hun and the brick ruins, excavated in the 1950s, are unremarkable. La Scala is a living legend, but you have to book far ahead or pay up to $300 for a good seat.

What draws me back for repeated visits is the fantastic collection of modern architecture from the past hundred years, and an urbanity that few cities can match. Rome, Florence and Venice are reluctant to disturb the profitable illusion that nothing has changed. Milan reinvented itself as a modern city in the 1920s, and nurtured the careers of a dozen brilliant architects–most notably Gio Ponti (who crowned his long career with the elegant Pirelli tower near the Central Station). For anyone who loves the art of architecture, it’s a joy to see how well prewar buildings were constructed, and how well each relates to its neighbors. The closer you look, the more there is to see, and don’t miss the opportunity to peer into lobbies with their multi-colored terrazzo and gleaming brass handrails. 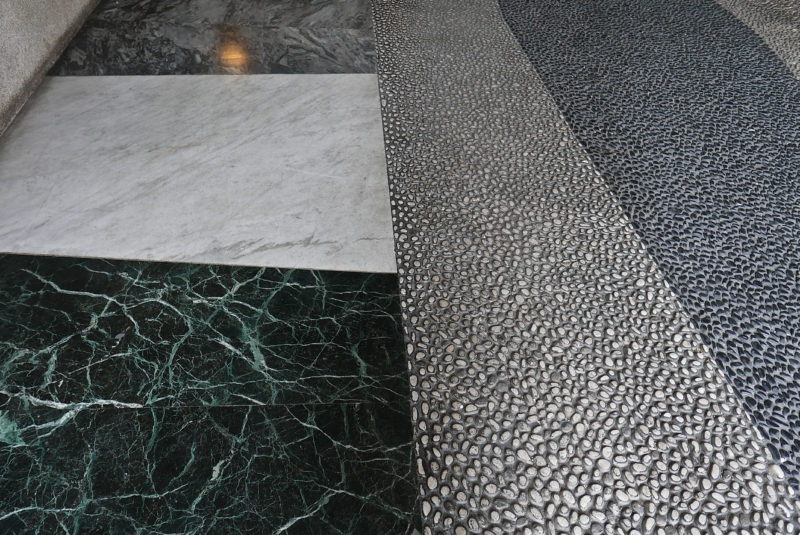 The Ca’Brutta (Via della Moscova 12-14), a huge apartment complex of 1923 by Giovanni Muzio, has been newly restored and it sparkles. Still more impressive is his urban campus for the Catholic University. A double cloister by Bramante is wrapped with a brick facade, which plays off the delicate Renaissance columns and lofty vaults, and the lush garden within. The piazza at the entry looks onto the Romanesque apse of Sant’Ambrogio, a late Roman church of red brick that is alive with carvings and mosaics from later centuries. 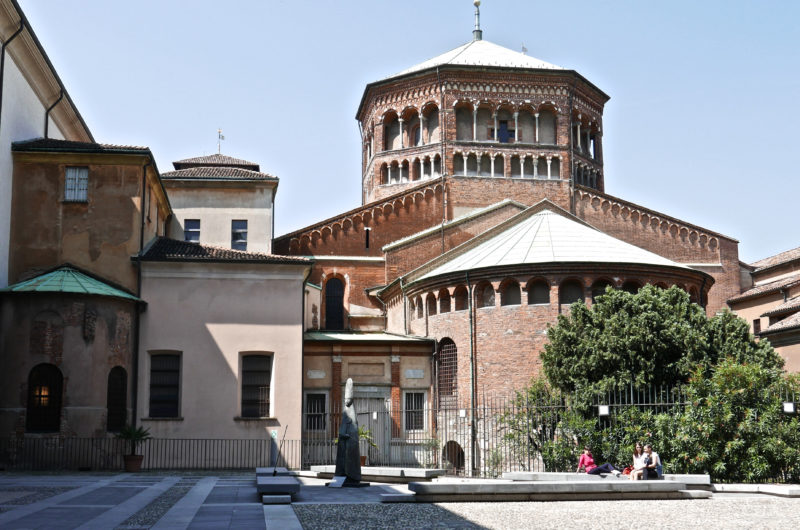 My favorite gem of modernism is the Villa Necchi Campiglio (Via Mozart 14), built in 1935 for a family that ran a textile business. It was the setting for a movie, Io Sono Amore, starring Tilda Swinton, which brought life to the elegant Art Deco interiors. You can take a guided tour and then have a delicious lunch in a garden pavilion. 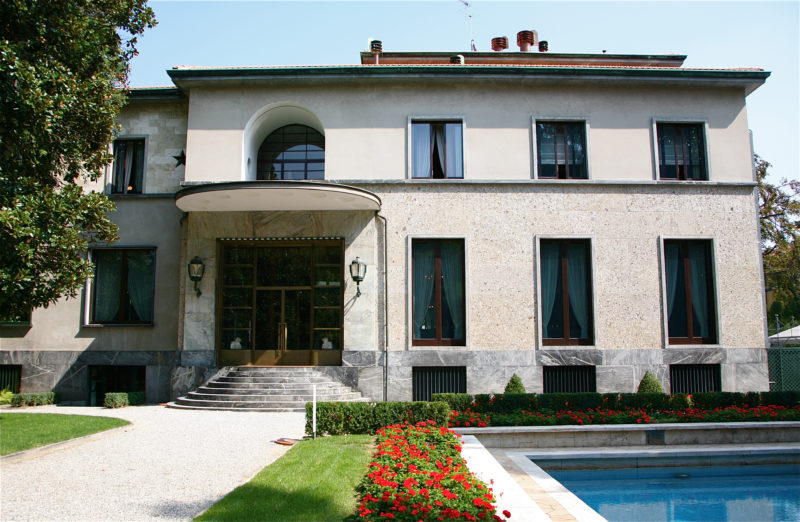 The city has its share of pompous fascist architecture, including twin pavilions on the south side of the Piazza del Duomo. These have been given new life as Museo 900, a museum of 20th-century Italian art, arranged chronologically. It starts on a high note with a spectacular collection of Futurists, including Boccioni and Balla, who were creating abstractions as early as 1911, even before Kandinsky.  Skip the galleries containing the labored social realism that is favored by all dictators as a way of reaching the masses, and discover some of the unfamiliar names that emerged in the postwar era.

As a capital of design, Milan hosts the Salone di Mobile every April, in an intimidatingly vast complex at the edge of the city. Every design firm wants to be there, the hotels are jammed, and exhausted participants stagger from one party to the next. A better bet is to find many of these same designs in a multitude of showrooms around the city, or in major exhibitions at the Triennale–Palazzo dell’Arte (Via Alemagna 6)  in the Parco Sempione. On the edge of this park is the Museo Achille Castiglione (Piazza Castello 27), the atelier of one of Italy’s greatest designers, preserved by his family and open for tours. And, if you have a taste for eccentric collectibles, be sure to call on Rossanna Orlandi (Via Matteo Bandello 16), whose rambling cabinet of curiosities is concealed behind a plain facade. Her greatest prize, which she won’t sell, is a giant clock face. 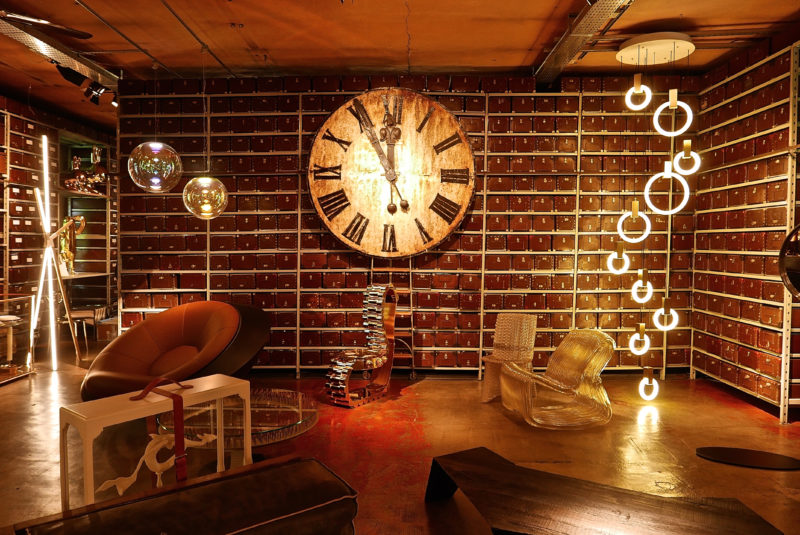 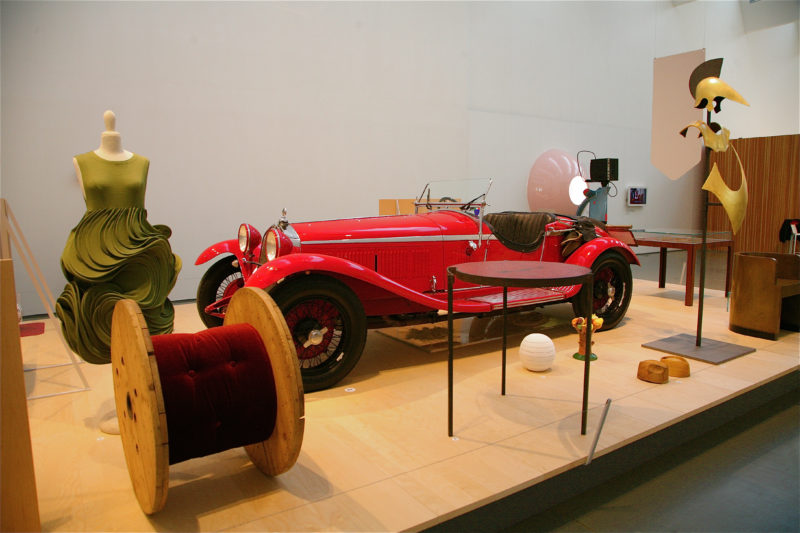 The wave of new art galleries includes the Prada Foundation (Largo Isarco 2) and MUDEC (Via Totona 56) both housed in the shells of old factories. The top names in fashion are clustered along the Via Montenapoleone and neighboring streets in the heart of the city. But the crowning glory of Milan is the Galleria Vittore Emanuele on the north side of the Piazza del Duomo. Recently restored, it gleams as it did when it opened in 1878. To avoid the selfie-snapping crowds, take a flight of steps to the Marchesi coffee bar near the crossing. Here you can enjoy the best espresso in the city (which is to say in the world), plus a panoramic view of the gorgeously patterned terrazzo floor, richly sculptured facades, and light-filled glass vaults. Directly across is the original 1923 Prada store whose tranquil basement is as civilized an oasis of polished wood as Marchesi; both are under the same management.

STAY
La Gare Milano (Via G.B. Pirelli; 3902 872 5241). Three blocks from the Central Station, in the shadow of the Pirelli Tower, is this hip design hotel with a lively rooftop bar overlooking the city. Reasonable prices, helpful staff  and clean-lined rooms, plus the convenient location.

EAT
L’Ulmet (Via Olmetto 21; 02 8645 2715) is a calm, civilized retreat. Filets of red mullet, risotto nero, lemon sorbet, glasses of Piedmontese white and a Sasella red, bottled water and espresso for a reasonable 61 E

La Brisa (Via Brisa 15; 028645 0521). On a fine warm night, the tree-shaded garden is a perfect setting for dinner. The menu is inventive, reasonably priced, and locals far outnumber tourists. I ordered fidue with small fish, a handmade pasta dish; supreme of guinea fowl with duck liver and baby vegetables, passion-fruit sorbet, plus white and red wines from Campania, the sommelier’s home region

Antica Trattoria Della Pesa (Viale Pasubio 10; 02 655 5741) Traditional trattoria across the street from the Feltrinelli Foundation, a new building by Herzog & de Meuron. Classic dishes include a starter of cold guinea fowl in citrus sauce, and osso bucco with steamed spinach as a dairy-free alternative to the customary risotto Milanese.

Il Tavolino (Via Gustavo Fara 23; 02 670 3520), a locanda a block from La Gare Milano has a nice atmosphere, caring service and delicious food, including risotto with prosecco and lime garnished with fruit and beef carpaccio, and veal in a reduction of red wine.

Bottiglieria Bulloni (Via Lipari 2; is  vintage 1933 wine bar across the street from a Gio Ponti church of the 1960s. It boasts a wonderful ceramic Campari image over the bar and a great selection of wines for sale.